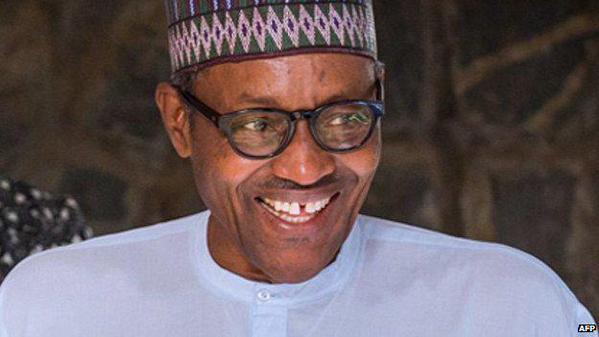 He has taken over from Goodluck Jonathan, who urged his successor to unite the country in the face of the threat from Boko Haram militants.
Mr Buhari, a former military ruler, says he is a convert to democracy.

Heads of state and senior government officials have come from across the world to witness this truly historic moment for Nigeria.

At the inauguration ceremony at Abuja’s Eagle Square – Mr Jonathan handed over the constitution and national flags before Mr Buhari took his oath of office.

“I will discharge my duties to the best of my ability, faithfully and in accordance with the Constitution of the Federal Republic of Nigeria and the law,” Buhari said to cheering crowds.

The announcer declared to the audience afterwards: “Change has come to Nigeria.”

Among the guests at the ceremony is US Secretary of State John Kerry and African leaders including Zimbabwe’s President Robert Mugabe.
Mr Buhari comes into power as Nigeria faces significant economic as well as security challenges with an Islamist insurgency having devastated towns and villages in the north-east.