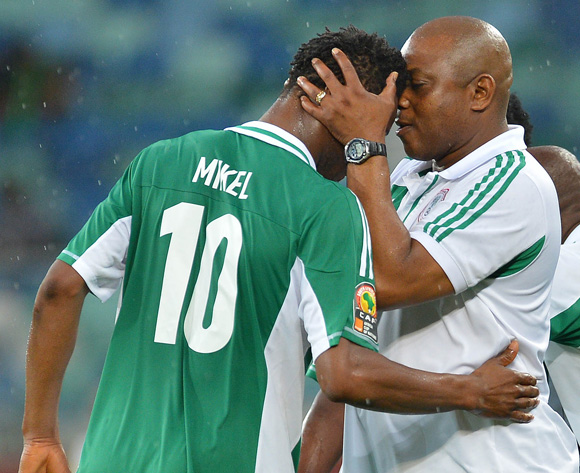 Super Eagles Head coach Stephen Keshi has revealed that Mikel Obi and Osaze Odemwingie are still in his plans even though the former has been ignoring his calls.

Mikel played a minor part in Chelsea’s Premier League title win as he was either injured or on the bench throughout the season, while Odemwingie only recently recovered from a long injury spell.

Keshi admits that he is not happy that Mikel has not been picking his calls and not responding to his messages inquiring about the Chelsea star’s health. But the coach insists that the midfielder is still an important member of the Super Eagles.

“When I heard that Mikel was injured, I tried several times to get across to him on the

phone but, surprisingly, he did not respond,” Keshi told completesportsnigeria.com. “He also has not responded to messages I sent to him through text. This is very unlike him and I am still expecting him to call or answer my text.

“I will still call him since he is an important member of the team. It is my duty to know how my players are faring in their respective clubs. Anyway, I am still expecting him to call me since we have national business together.”

He however stated that he has been in constant touch with Osaze Odemwingie on the phone, adding that he is glad to see the forward back in action with Stoke City. I spoke with him as recently as Tuesday and he is ready to go.”

The former Togo and Mali coach also told completesportsnigeria.com that he has spoken with so many of the players and that they are all willing to contribute their quota to their country’s success.