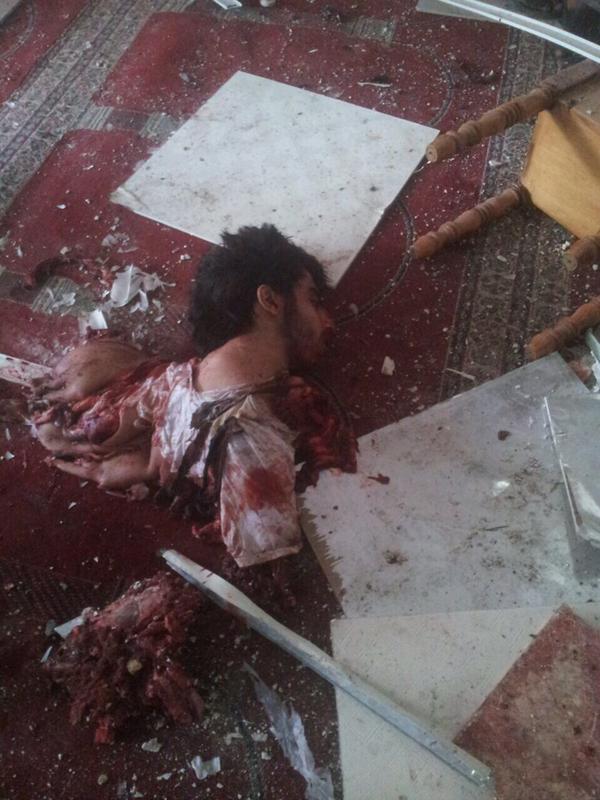 A suicide bomber has blown up himself at a Shiite mosque in the east of Saudi Arabia during Friday prayers. Local residents say the explosion has killed and wounded at least 30 people, the News Agency Reuters reported.

The blast took place at the Imam Ali mosque in the town of al-Qadeeh, Qatif province. One witness said there were at least 30 casualties in the attack, where more than 150 people were praying.

“We were doing the first part of the prayers when we heard the blast,” Kamal Jaafar Hassan, one of the worshipers, told Reuters by telephone from the scene.

Another eyewitness told the Middle East Eye that at least five people have been killed and 20 have been injured. Reports on Twitter, however, put the death toll at 10-22 people.

The Saudi state has confirmed that an explosion took place at a mosque in the east of the country and said more details would be provided later.
Photographs from the scene show bodies strewn across the floor, while emergency vehicles are already at the site of the blast.

Inside the mosque, glass has been shattered; pieces of concrete, perhaps from the ceiling, are littered across the floor.

The al-Qadeeh town is home to Saudi Arabia’s Shiite minority, in a country which is predominantly Sunni.