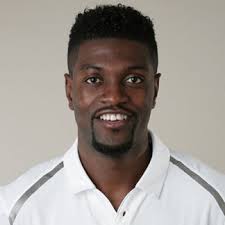 Tottenham Hotspur’s Togolese striker Emmanuel Adebayor revealed in a candid Facebook post on Wednesday that he considered suicide over a feud with his family.

The 31-year-old, who has barely featured for Spurs this season, also claimed that he had had a knife held to his throat by his brothers, Peter — who died in July 2012 — and Kola.

“Many times I wanted to give up,” Adebayor wrote. “Ask my sister Iyabo Adebayor how many times I have called and was ready to commit suicide. I kept these stories for years.

It is the third time this month that Adebayor has published a lengthy post on Facebook about his disagreements with members of his family.
In the latest 1,649-word offering — posted in English and French — he alleged that he was threatened with a knife after refusing to give Kola money to set up a car business during his time at Monaco.

“I was very tired and decided to go take a nap. I woke and a knife was held to my throat,” Adebayor wrote.

“As I opened my eyes, both of my brothers (Kola and Peter) were there. They were shouting and they claimed that I was wasting their time.
“Peter was going mad and Kola was supporting (him). I asked them, ‘Is this the only way to solve this issue? If yes, then kill me and take the money.’ It’s only at that moment that he put the knife down.”

Adebayor explained that he had taken to Facebook after his siblings spoke out about “family issues” on social media.

Adebayor has been at Spurs since 2011, following previous spells with Arsenal, Manchester City and Real Madrid, but has made only 10 appearances this season, scoring two goals.