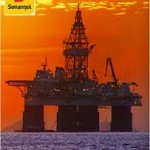 The Borno State governor, Kassim Ibrahim, yesterday appealed to the president-elect, General Muhammadu Buhari (retd, to allocate 13 per cent of petroleum revenue to the North East region which has been ravaged by insurgency when he assumes office.

The governor, who made the demand known in a paper which he is expected to deliver today at Day-Two of a conference organised by the Savannah Centre for Diplomacy, Democracy and Development (SCDDD), asserted that the current insurgency was the direct outcome of the inequality in oil revenue distribution.

The governor, at the conference which has the theme, ‘Post-2015 Elections Conference on Security and Governance Challenges in Africa’s Largest Democracy’, urged the incoming All Progressive Congress (APC) government to immediately recommend the allocation of at least 13 % of revenue derived from petroleum resources in addition to the usual monthly location to the states in north eastern Nigeria to ameliorate their plight.

The governor’s position was contained in a paper entitled ‘Holistic Approach for the Reconstruction and Rehabilitation of the North East Nigeria Region Ravaged by Terrorism and Insurgency: The National and International Policy Options/Perspectives’, which is to be delivered at the event by his representative and secretary, Borno Elders Forum, Dr Bulama Mala Gubio, expressed regret that the petroleum deposit in the North East had been left untapped.

Governor Shettima also called for the establishment of a special intervention programme to salvage the region from socio-economic deprivation on the one hand and environmental degradation on the other, which, he said, would lead to desertification and drought with their consequent imbalance in ecological dynamics.

“Importantly, it is necessary for the federal government to recommend the allocation of at least 13 % of revenue derived from petroleum resources in addition to the usual monthly allocation to states in north eastern Nigeria in order to improve equity in the share of resources. Moreover, there is untapped petroleum in the North East. This will go a long way in improving national security, since inequality in the allocation of resources is one of the most significant factors in the current raging insurgency affecting the region and threatening to engulf the outside world.

“Therefore, we are calling for the establishment of a special intervention programme to salvage the region from socio-economic deprivation on one hand and environmental degradation on the other hand which leads to desertification and droughts with the consequent imbalance in ecological dynamics. It is our firm belief that this will go a long way to address the current socio-economic upheavals experienced in the region,” he noted.

Shettima lamented that the North East region, particularly Borno State, was facing dire environmental and humanitarian crises requiring urgent intervention and stressed that such intervention would include rehabilitation, stabilization and re-integration of the victims to normal life, re-building of broken down infrastructures, as well as re-integrating the insurgents back to normal society through proper education and debriefing.

The governor, in the paper, called on Nigerians to join hands to rebuild the region, noting that, at the moment, the states of the region were facing their fate alone.

Shettima called on the SCDDD to highlight the plight of the states of the region to the world with a view to eliciting assistance.