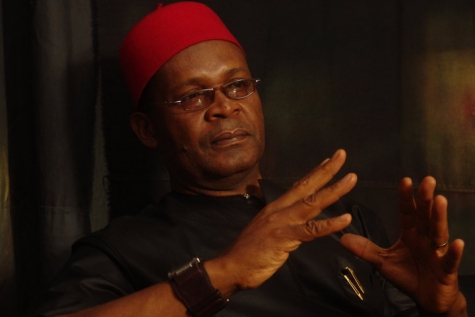 If PDP and the President had known that they may not make it in the 2015 presidential elections, I am dead sure they would not have looted our treasury with reckless abandon. If they had known that the bubble will burst in March 28 2015 presidential elections, I bet they would have been a little bit cautious and prudent in dealing with the nation’s finances. I am sure they would have been sensible enough not to deploy the quantum of money in both local and foreign currencies we saw few days to the elections and even after the elections have been won and lost.

In a special farewell service for the President in Abuja yesterday by the Church of Nigeria, Anglican Communion President Jonathan lamented that he fears persecution targeted at him and his Ministers from APC controlled Federal Government after May 29, 2015. President Jonathan had to swallow the bitter pill of letting the world know what has been troubling his innermost chambers since it became obvious that the game has been won and lost in Nigeria. The reports of the devastating state of Nigeria’s economy have not helped matters. The figures refused to add up. Nigeria cannot pay salaries, petrol cannot flow. Electricity is not available. The system is almost at stand still, hopelessly grounded and mercilessly plundered.

But what worries me most is why the President is crying out loud about possible persecution if there is nothing to worry about. If there is no skeleton in the cupboard, the President needs not bother about anything except to prepare for a decent handover ceremony on May 29 2015. If President had done his duty to fatherland in the way it should be done, I do not see the reason for this panic statement. But like I said earlier, the figures refuse to add up and these are no bed time stories. Before 2011 when we sold crude oil at 38 US Dollars per barrel we had 62 billion US Dollars in the external reserve. From 2011 when crude oil was sold at $110 per barrel our external reserves dropped to 32 billion dollars. Now, where did all the money go? In 1999 Nigeria had more than 3000 mw of electricity and sixteen years, after spending billions of dollars, we are still at less than 3000mw. Again where did all the money go to? For over sixteen years, Nigerians do not know what is going on at NNPC. How much crude oil do we pump in a day? How much of it is sold outside and what quantity is for local consumption? Why are our four refineries not working? Has NNPC been accountable to anybody? Who are those behind the oil subsidy scam? Have they been brought to book? Are we not living witnesses of how those accused of oil subsidy scam found themselves back in government? How come all the terrible characters and bad boys in Nigeria found themselves in PDP for sixteen years? Where did all the dollars and pounds Sterling we saw in Lagos during the Presidential and the governorship election come from? There are so many questions that demand urgent answers and whipping up sentiments to attract public sympathy will not help President Jonathan to get a soft landing on May 29 2015. Those who aspire to hold public office must be man enough to admit failures and take responsibility.

The self evident truths here is that President Jonathan and his fraudulent PDP never believed that incumbent can lose power in Nigeria. They were never prepared for it. They did not look at the figures. They did not believe that they cannot buy or steal the presidency again. In their foolishness, PDP and the Presidency did not realize that the North is aggrieved because Jonathan’s ambition to rule Nigeria till 2019 has devastated the Southern and Northern political equilibrium and understanding. They did not realize that it is impossible for 11 states in South East and South South to defeat 25 States from North East, North West, North Central and South West. They were not smart enough to reason that immediately the whole North and the Yoruba nation came together, the business has been concluded. They did not see that Buhari of 2003, 2007, and 2011 is not the same Buhari in 2015.

Impunity and power of arrogance did not let them to know that losing General Obasanjo will break the back of PDP. They did not realize that engaging characters and outlawed organizations like Buruji Kashamu, Bode George, Obanikoro, Fani Kayode, Chris Ubah, Ifeanyi Ubah, Omisore, Fayose, Emeka Offor, Arthur Eze, Asari Dokubo, Tompolo, Boyloaf, Edwin Clark, OPC, MASSOB etc may backfire. The truth is that President Jonathan and his handlers took a lot of things for granted and the bubbles burst.

Empty treasury awaits General Buhari on May 29 2015 and this is the hardest truth he has to face. But I know APC will overcome the coming challenges with the power of ideas and brutal efficiency. With a disciplined and transparent leadership, the real money that will drive progress will come. At high levels of office ideas are far better than dollars.

Opinion: My Nasty Experience In Doing Business With Planet One

“President-elect, Muhammadu Buhari Should Not Be Sworn In With The Quran”