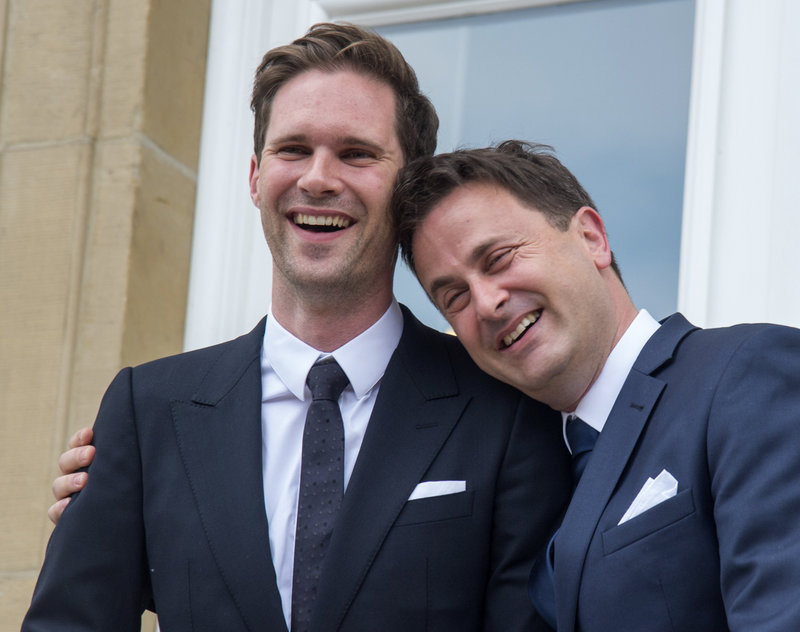 The interesting part about this development is that gay marriage is a relatively new thing in Luxembourg. As The Guardian reports, Bettel’s party won a prominent spot in the ruling coalition after campaigning for same-sex marriage

“[Same-sex marriage] was previously knocked down in 2007 by the then ruling Christian People’s party, but a poll in 2013 found 83% of Luxembourgers supported a change in the law.

“Little is known about Destenay, who works for the Belgian-Luxembourger architecture firm A3. He has appeared alongside Bettel at a number of official events, including the royal wedding of Prince Guillaume and Princess Stéphanie in 2012.

“What is known is that it was Destenay who proposed, reportedly asking for Bettel’s hand just weeks after Luxembourg’s parliament last July became the ninth EU legislature to lift a ban on gay marriages.”