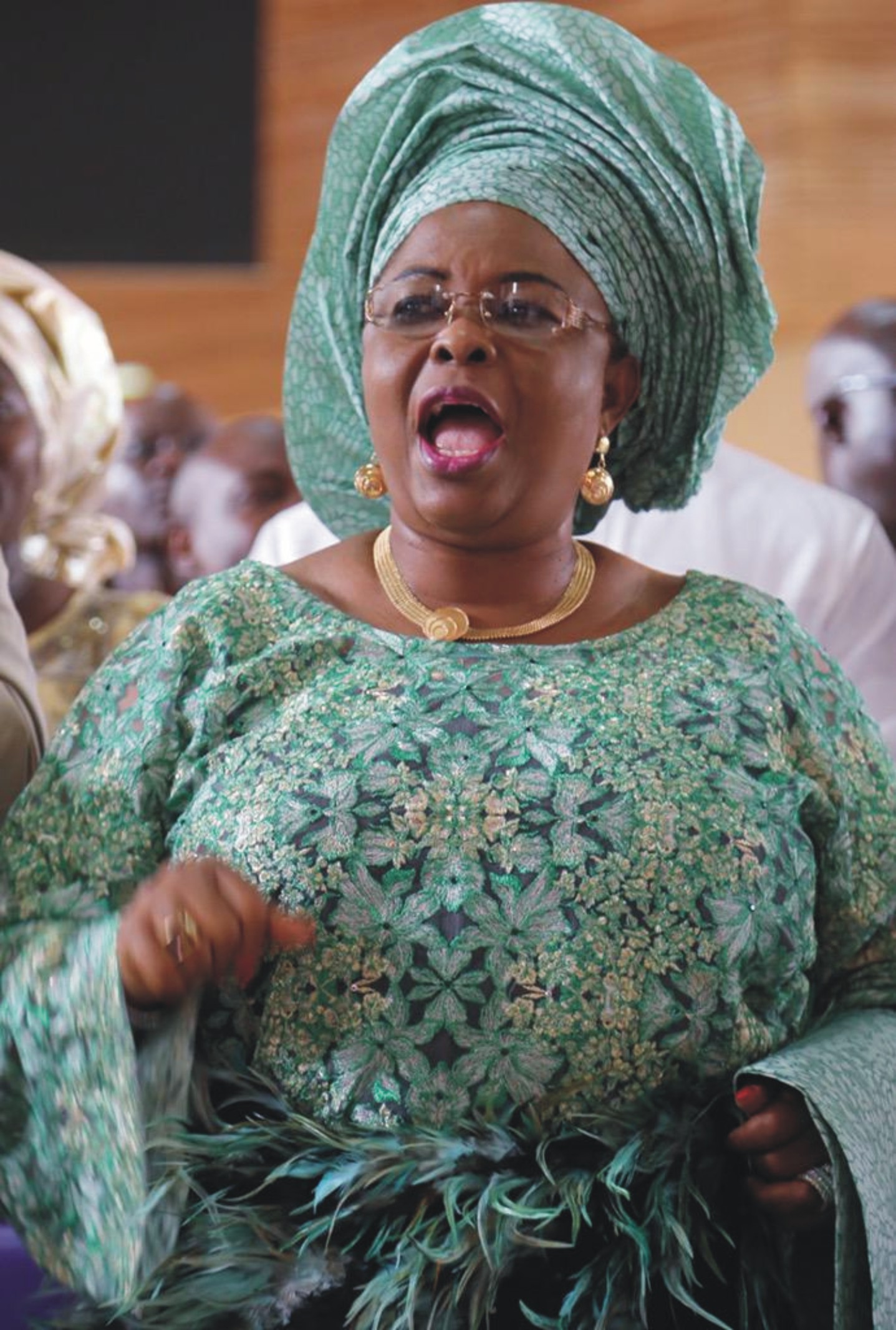 The African First Ladies Peace Mission (AFLPM), on Friday in Abuja, elected Mrs Sia Nyama Koroma, the First Lady of the Republic of Sierra Leone as its new President.

The election was held at the emergency 8th summit of the organisation.

Mrs Koroma, who was represented by Prof. Khadija Hamdi, the First Lady of the Saharawi Democratic Republic, pledged to ensure improved living conditions for the women and children of Africa.

The outgoing President of the Mission, Nigeria’s First Lady, Dame Patience Jonathan, while handing over to the new president, said she would continue to render her support to the organisation.

She then handed over the Certificate of Occupancy (C of O) of the land belonging to the organisation located in Abuja and the two bank accounts operated by Mission.

Mrs Jonathan commended the Mission for being in the vanguard of protecting the rights of women and children on the continent.

She explained that under her leadership, the organisation was guided by its objectives, including building the culture of peace and development in Africa.

She said that the Mission had offered support and services to victims of conflict and had used appropriate mechanisms and institutions to protect women and children in armed conflict countries.

According to her, the countries include Mali, Kenya, Guinea Bissau and the Saharawi Democratic Republic.

In his goodwill message, Prof. Nicholas Ada, the Minister of State for Foreign Affairs I, lauded the achievements of the Mission under Nigeria’s First Lady, Dame Patience Jonathan.

Recalling the euphoria that heralded the establishment of the organisation in 1995, Ada said it had justified its existence.

He said that the organisation had rendered assistance to people, especially women and children in conflict areas.

The minister urged the new AFLPM president to improve on the achievements of her predecessor and thanked the other first ladies for their contributions and support to Mrs Jonathan.

NAN reports that the AFLPM is an umbrella body of wives of African heads of state and governments .

It has the mandate to play a support role to the AU, regional organisations and national governments in fostering peace and mitigating conflicts on the continent.