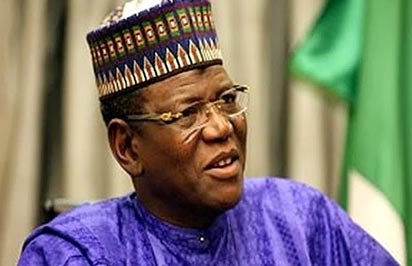 The All Progressives Congress, APC, has accused Niger Governor Babangida Aliyu and his Jigawa counterpart,? Sule Lamido?,? of getting stuck in the pre-election mode, urging them to wake up to the reality that electioneering campaign is over and it is time for nation building.

Governor Aliyu and Lamido on Thursday advised the president-elect to stop giving Nigerians excuses and get ready to fulfill his pre-election promises.

The governors?,? who ?spoke ?at the inauguration of the ultra modern Shiroro Bridge in Niger ?S?tate said Nigerians would hold Mr. Buhari and the APC responsible for the situation of the country, regardless of the state of the economy when he takes over.

But in a statement issued in Lagos on Saturday by its National Publicity Secretary, Lai Mohammed, the party described the duo’s remarks as uncouth, ill-intentioned and in bad faith.

”Nigerians have switched from pre-election to post-election mode, making the unsolicited advice and the rehash of the vitriolic electioneering campaign rhetoric from the two governors totally out of tune with reality.

”Our commitment to Nigeria is sacrosanct, irrespective of the state of the economy, hence we do not need any cheeky advice from Governors Aliyu and Lamido. We are not making any excuses, but we will let Nigerians and indeed the world know how much the economy has been wrecked and the role of anyone in bringing the economy to its knees,” it said.

APC said the two ?g?overnors’ historical revisionism has been beclouded by the ?”?trauma they suffered – and are still suffering – from the shellacking they received during the elections??, hence they have forgotten even the role they played in seeking to scuttle the change that Nigerians so much desired and for which they voted?”?.

”Governors Aliyu and Lamido are so bitter and traumatized that they have forgotten it was their party, the PDP, that divided Nigeria along its ethnic, religious and regional fault lines. They have forgotten that it was their party that cleaned out the commonwealth in its desperation to win at all cost, at a stage shunning the Naira for US dollars and helping to crash the value of the local currency.

”Governors Aliyu and Lamido are also imagining where they would have been now, had they not betrayed the G7 of which they were original members, seeing the group up to the starting line but cunningly refusing to take off when the race was flagged off. They made a wrong choice and lost out, and they must live with the consequences of their choice, instead of continuing to snipe at some imaginary enemies.
?
”The chance to be part of a historic opportunity to rebuild Nigeria was offered to the two g?overnors on a platter of gold, but they chose to put their personal interests above the national interest. The fate they have now suffered is a direct consequence of their shortsightedness and selfishness, and they must accept the full blame for that,” the party said.

It assured Nigerians that the APC will redeem its campaign promises, irrespective of the parlous state of the economy, saying however that the change that Nigerians have voted for will not come overnight but through a gradual, painstaking and consistent acts of good governance, discipline and perseverance.

”We are therefore calling on our compatriots to give their unalloyed support to the incoming Administration as it embarks on charting a new path for the long-suffering nation, while shunning the naysayers who,in their own time, frittered away the opportunity to rebuild Nigeria,” APC said.