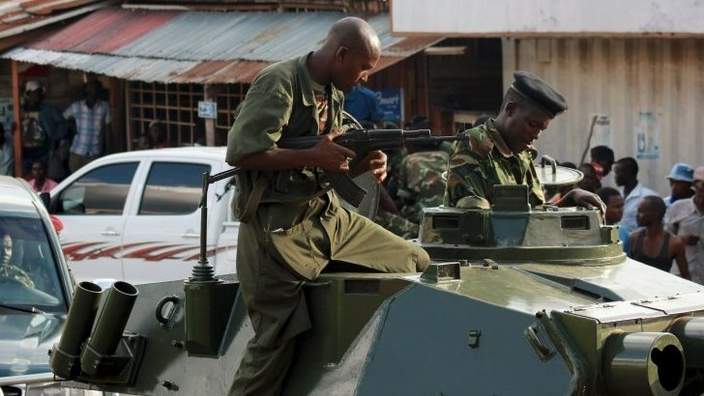 The divisions in Burundi’s army over the coup attempt do not appear to be along ethnic lines – both the army chief of staff, who is loyal to the president, and the general who announced the coup are Hutus.

BBC World Service Trusts reports that the factions appear to be between those who believe the president violated the peace accord that ended the civil war by running for a third term and those who remain loyal to him.

The reason there has been so much fighting for control of state-run RTNB broadcaster is because it was the only one still broadcasting to the whole country last night when people outside Bujumbura may not have known about the coup attempt in the capital.

Some private radio were able to broadcast for several hours this morning.

The office buildings were also set alight on Thursday morning.

He said his colleagues were given time to say goodbye to the audience and the signal was then switched off. All staff were made to leave the premises.

He added that this was done by military and policemen who would not say who gave them the order.