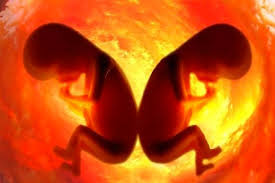 A new mum has given birth to twins – who have two different fathers.

The New Jersey Law Journal reported, that the incredible case was revealed after the woman, identified only as T.M., named her current boyfriend as the father of her twins.

But T.M. admitted before maternity papers were signed that she had actually slept with a different man a week after she believed she conceived with her boyfriend.

A paternity test was carried out and it was revealed that the two men had each fathered one of the twins, who are now toddlers.

Now the woman’s original partner only has to pay out child support for one of the children.

Passaic County Judge Sohail Mohammad made the ruling in the paternity case on Monday.