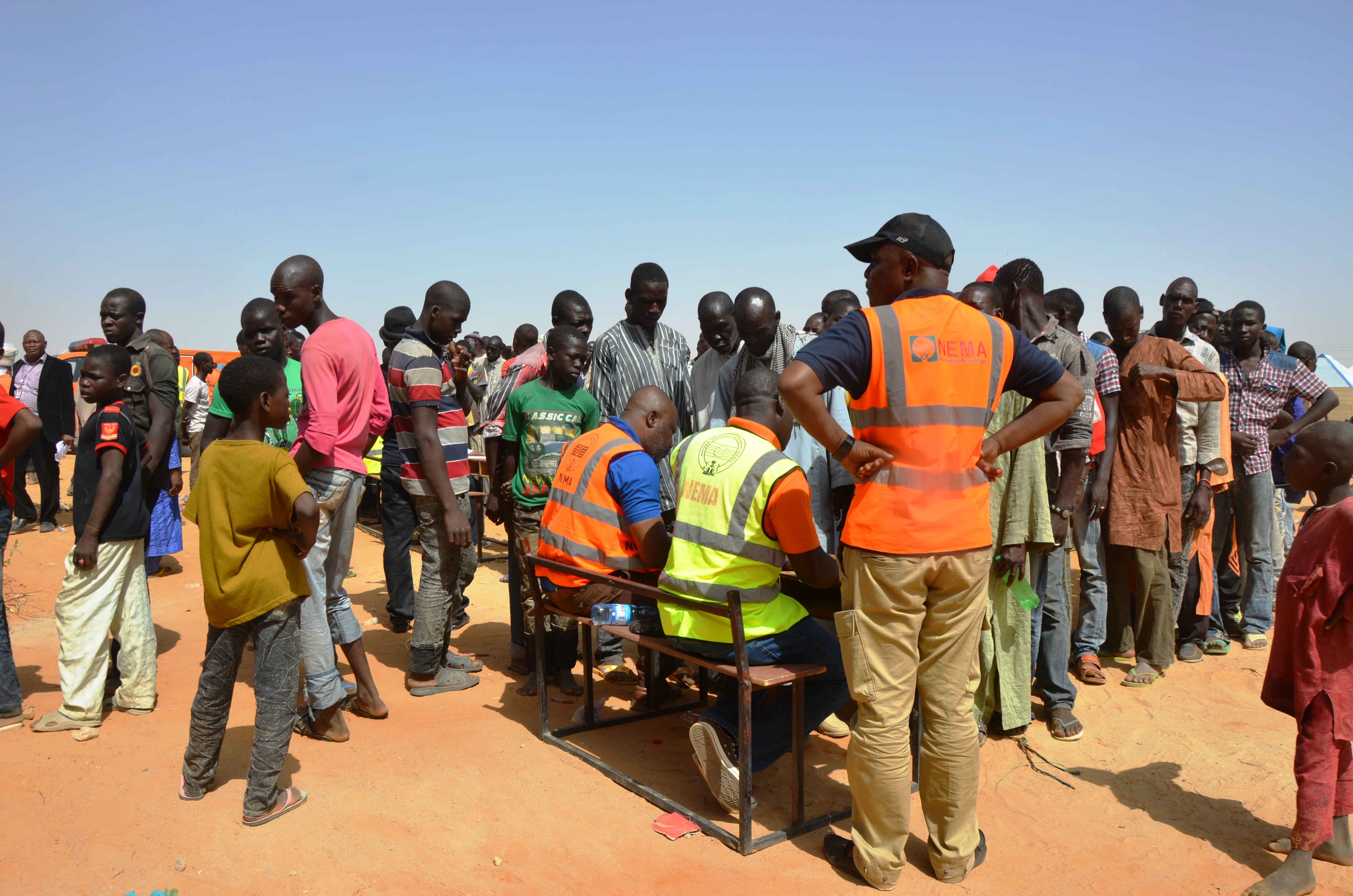 The National Emergency Management Agency (NEMA) has so far registered a total of 11, 449 Nigerian returnees from the Republic of Niger at the transit camp in Geidam, Yobe State and transported about 7, 000 of them to their various states as at today Tuesday 12th May 2015.

Transportation of the returnees continues as more high capacity buses and vehicles have been engaged by NEMA to fully transport them to their various states. The Agency is also continuing with the provision of basic supports at the transit camp.

Director General of NEMA Muhammad Sani Sidi said the Agency is fully committed to the transportation of the returnees to their states and affirmed that the staff would remain at the transit camp until the last person leaves. He said more relief supports have also been deployed to support them while at the camp.

To pitch for editorials, Opinion and Exclusive gists, send to editor@newswirengr.com, we will follow up on the story……]