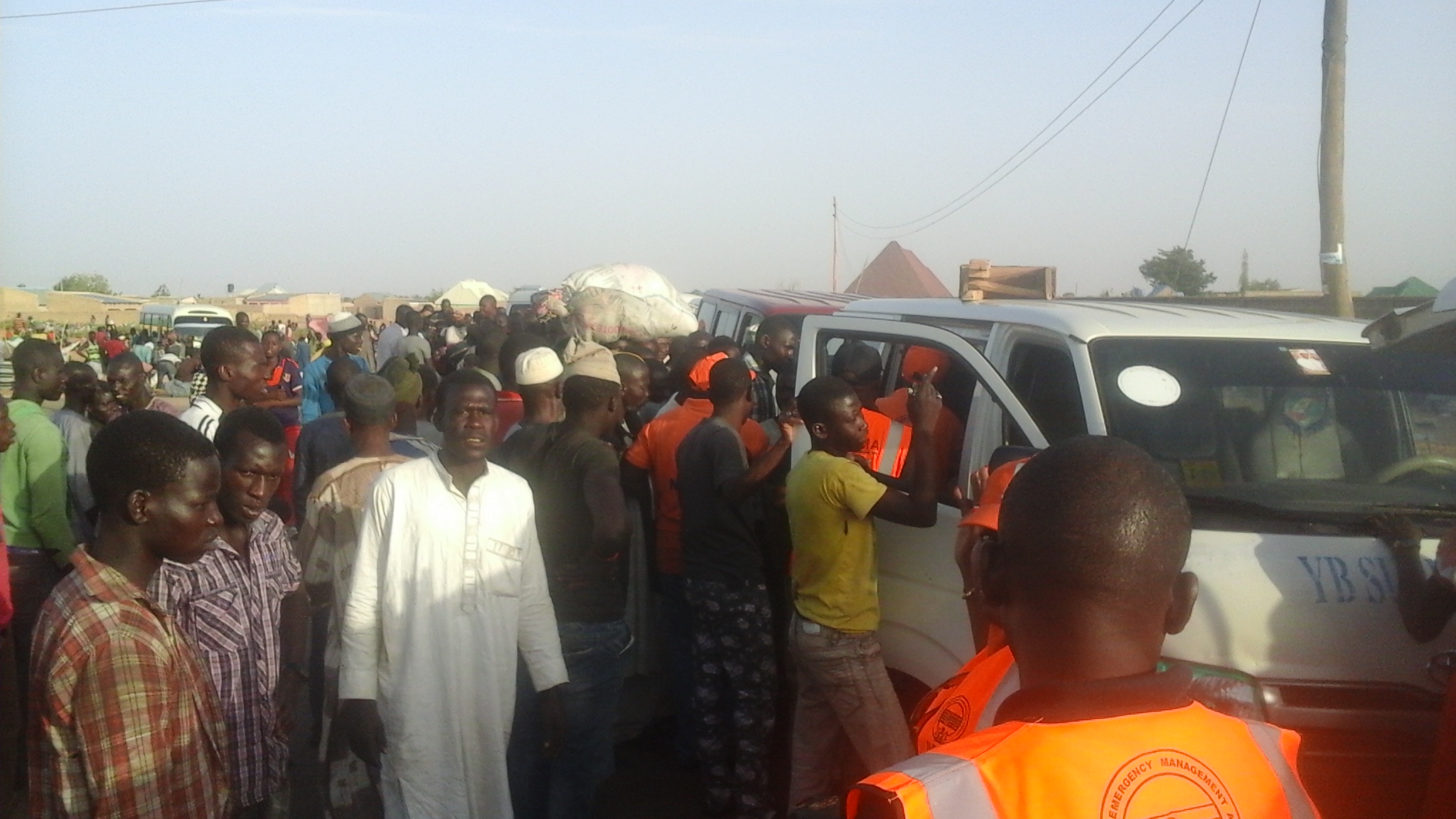 The National Emergency Management Agency ( NEMA ) has commenced the transportation of about 4000 Nigerian returnees that arrived Geidam, Yobe State from the Republic of Niger to their various states.

The first batch of the returnees numbering about 400 were carried in 18 buses from Geidam to Sokoto and Kebbi states.

Director General of NEMA Muhammad Sani Sidi who was represented by the Director of Search and Rescue Air Commodore Charles Otegbade in receiving the returnees said the Agency said the number has risen to about 4000 while available information indicated that more were being expected.

He said in addition to the transportation arrangement for the returnees, NEMA was also providing them with basic supports including food and sleeping materials at the transit camps in Geidam as well as facilitated security and medical supports for the sick. He said two pregnant women with signs of labor were immediately rushed to the Yobe State General Hospital in the town where qualified medical personnel were now attending to them.

Air Commodore Charles Otegbade said the returnees were profiled before being transported and assured the commitment of NEMA to fully support them at the transit camp and movement back home. Most of them, he said were fishermen from Taraba, Kaduna, Kebbi, Sokoto, Kano, Borno, Benue and Yobe states engaged in fishing activities around the Lake Chad, but due to notice of military operations in area by the armed forces of the Republic of Niger had to return home.