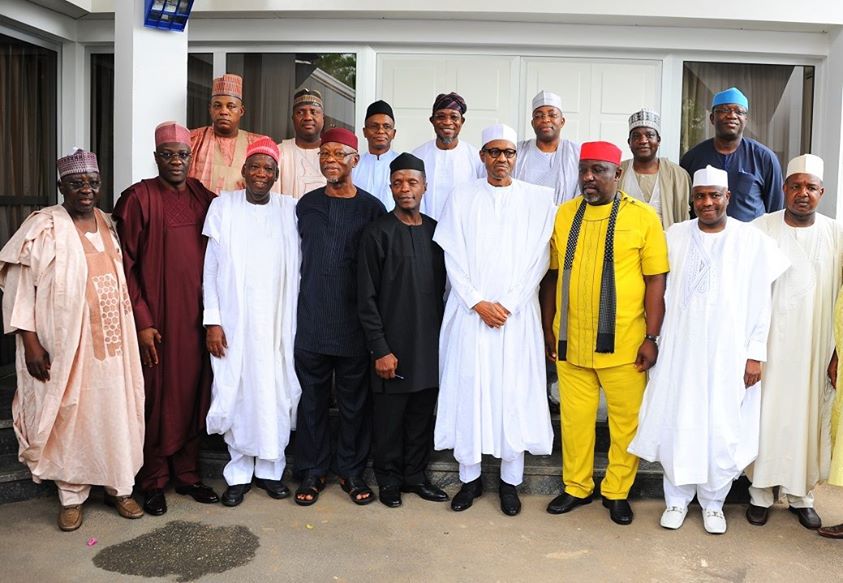 President-elect, General Muhammadu Buhari, on Tuesday, said it would take time to deliver on his electoral promises, saying that “the expectation is too high and I have started nervously to explain to people that Rome was not built in a day.”

This came as governors and governors-elect on the platform of the All Progressives Congress (APC) raised the alarm over the state of the nation’s economy, saying that the economy was part of the discussion they had with the president-elect.

The governors and governors-elect on the platform of APC had met with the president-elect at the Defence House, Abuja, on a congratulatory visit and, as well, pushed their position in the power sharing arrangement in the party, among other things.

General Buhari, at the meeting, told the governors the need to hit the ground running, saying that common effort should be made to bring back the treasury, the security and, as well, address non-payment of salaries, “in spite of the revenue we earned from 1990 till date.”

On the state of the nation, he said “I will like to recall what happened during the Abacha regime, which led to the emergence of PTF (defunct Petroleum Trust Fund).

“The Abacha regime, a military one, thought the solution was to increase the prices of petroleum product, but they did not take Nigerians for a ride,” stressing that though the regime had the guns and could have had its way, it decided to tell Nigerians that it was going to increase prices of petroleum products and that the money realised from it would be put aside for development.

“That was how PTF came. So, this time around, to bounce back with the issue, especially with the backlog of salaries which are of immediate concern to individuals and states, I think we should look for a better way to address this and think of how to persuade people to give us a chance to organise the economy immediately and get something to pay salaries.”

While addressing newsmen, chairman of the APC Governors’ Forum and governor of Imo State, Rochas Okorocha, painted gloomy picture of the nation’s economy saying that “as it stands today, most states of the federation have not been able to pay salaries, even the Federal Government has not been able to pay the April salary and that is worrisome.

“By May/June, that will be three months and with the huge expectations of the people who voted for us into office, we are hoping that the president-elect will do all that is humanly possible to bring a bailout, not only on the states, but the Federal Government as well.”