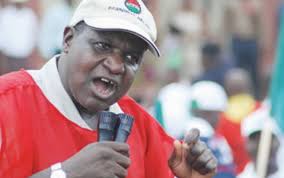 The Nigeria Labour Congress (NLC) and the Trade Union Congress (TUC) have warned against any move by the government to remove subsidy from petroleum products.

Nigeria’s National Assembly had passed the 2015 appropriation bill without allocating any money for subsidy payment.

Speaking on Wednesday, Deputy President of the NLC and chairman of the joint May Day celebration of the NLC and TUC, Peter Adeyemi, told journalists that organised Labour believed that government had never subsidised petroleum products.

The Labour leader lamented that the bane of the sector had been corruption, pointing out that past government tried without success to address the issue.

He said: “If you are asking whether we will back the removal of fuel subsidy, the answer is no. It is not as easy as that. You know that it has been a very contentious issue over the years. We have always said that there is nothing like subsidy. It is all about corruption.

“So, it is like the more you look, the less you see. For us in Labour, we are not going to support that because it is outside our mandate as leaders. We hope that the incoming government, in a desperate bid to look for money, will not look for money in the wrong place”.

A Month After Jonathan’s Defeat At The Polls, Nigeria’s First Lady, Dame Patience Refuses To Speak To Her Husband [Investigation]