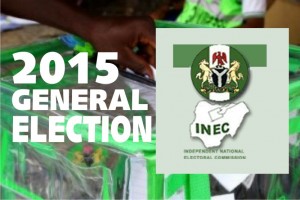 Reports reaching NewsWireNGR has it that one person has been feared dead  as youths of the Peoples Democratic Party and the All Progressives Congress clashed at  Anyigba  Okura constituency of Dekina Local Government Area of Kogi State.

The clash occurred during the supplementary election  in some wards and polling units across six LGAs of  Kogi State.

Young Mr Ibrahim Oyibo, 26, was said to have died while several others sustained varying degrees  of gunshot wounds during the confrontation.

The candidate of the PDP in Anyigba  Okura constituency,  Alhassan Ogwu, said Oyibo was his cousin.

According to him the young man was with him in the house when gunmen on motorcycles, numbering about 10, stormed his residence.

He alleged that they shot sporadically at his residence for a long time and later shot Oyibo dead on the spot.

He added that riot policemen on patrol later dislodged  the assailants.

Mr. John  Makolo, the media officer to the APC candidate,  Abdullahi Bewa, said he was unaware of the attack.

He challenged Ogwu to identify the attackers, saying if the attack occurred, Ogwu should be able to name Oyibo’s killers.

“My principal is very busy with the election and will not be ready to trade words with Ogwu. He should stop crying foul when there is none,” he said.

He stated, “I can comfirm the incident. No arrest has been made, but investigation has commenced.”