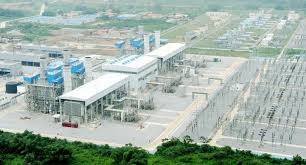 The company, in a statement made available on its website, said the commercial delivery of gas to the Calabar NIPP commenced in March and was being executed through Accugas, a wholly owned subsidiary of Seven Energy.

It said when operating at full capacity, the plant would increase national power generation by over 10 per cent.

According to the statement, gas is being supplied to the power plant from the company’s Uquo gas processing facility in Akwa Ibom State through the Seven Energy pipeline network.

It said the supply of gas would enable the plant to complete commissioning and start delivering electricity to the national grid.

The company said since the inauguration of the Uquo gas processing facility in 2014, it had been supplying gas to other off-takers such as the Ibom Power Company, Notore Chemical Industries Limited and United Cement Company of Nigeria in Calabar.

The Chief Executive Officer of Seven Energy, Mr. Phillip Ihenacho, was quoted in the statement as saying that delivering a cost effective and reliable gas supply was critical to sustainable power supply to the national grid to meet the government’s reform objectives and to facilitate industrial development.

“I am delighted that our ability to deliver an indigenous gas solution from end to end is now being recognised by a broad range of industrial and power sector customers,” Ihenacho stated.