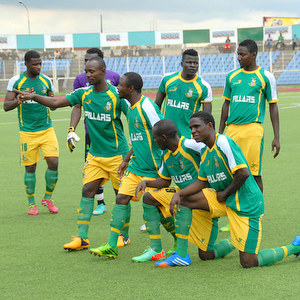 Moses Ekpai scored the only goal in the 43rd minute from a solo effort in the match played at the Sani Abacha Stadium in Kano.

Speaking during the post-match conference, the Kano Pillars’ Head Coach, Okey Emordi, expressed delight at his team’s style of play. He however acknowledged that his players wasted many goal scoring opportunities.

“It was a good match. Both teams played very well. But we (Pillars) had several chances, and we failed to convert them. “It is a game we contested very well. It was a game of the two top teams in the league.”