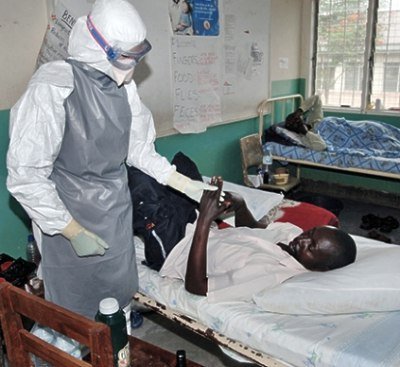 The World Health Organisation (WHO) has revealed that herbicides in the cause of the Ondo mystery disease, that has claimed the lives of 17 people, since it broke, four days ago. This discovery in the product of current hypothesis by W.H.O, which revealed negative for viral and bacterial infections.

This was revealed by the Head of Public Relations/Social Media for the World Health Organization and the UN Organization for public health, Gregory Harti. Mr. Harti took to twitter to announce that They say pesticide poisoning is the probable cause of the strange ailment that has hit two communities in Ondo state. The WHO continues its research on the strange disease.

The current hypothesis puts to bed, permutations by a local chief, that the mystery disease, was atonement for a sacrilege against a local deity in Ode Irele community in Irele local government area of Ondo state.

It would be recalled that the mystery illness broke out in Ode Irele community, with symptoms such as instant blindness and has so far, killed 17 people in the community. Initially, fears were nursed that, the dreaded Ebola virus disease has creeped back into the country, after it has been successfully, eradicated.

However, the Nigerian Ministry of Health with help from tests by EbolaFacts, a medical volunteer group; it was confirmed that the disease, tagged #OndoX on social media: is not Ebola virus disease.