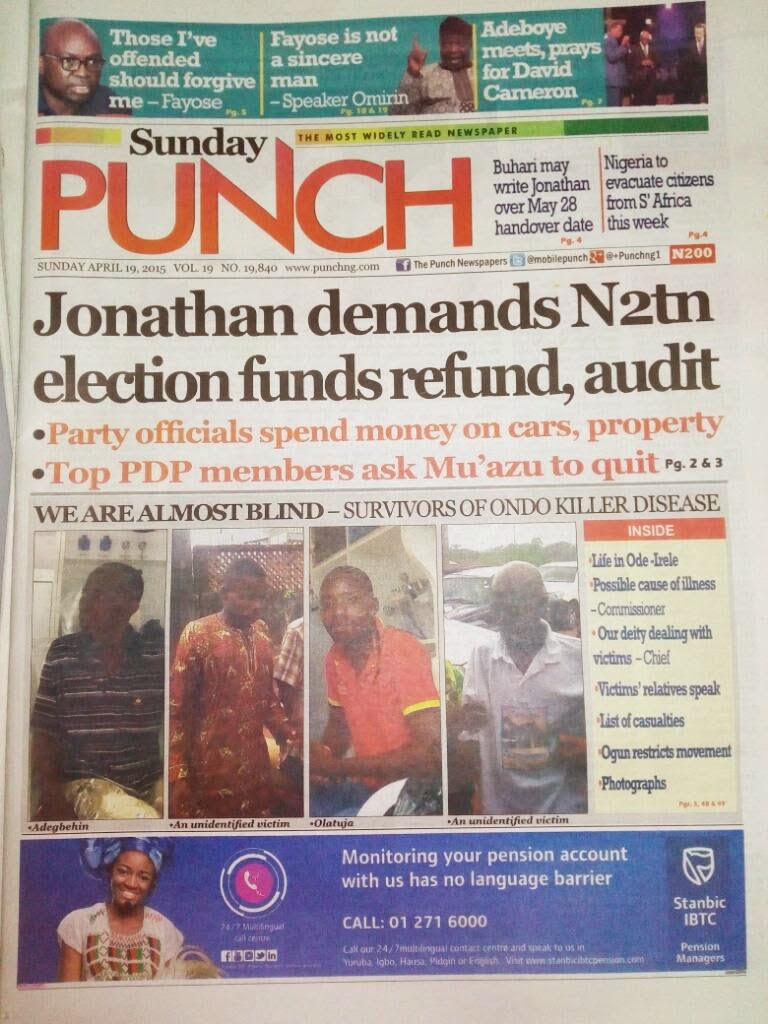 The Presidency has denied that it spent N2 trillion on April 19 election according to a media. The Presidency through Reuben Abati, Special Adviser to the President Media and Publicity, made this statement on Sunday.

The statement reads,  “The front-page story of the Sunday Punch of April 19 alleging that the Presidency spent a whopping N2 trillion on the 2015 General elections, and that a Committee of Five has been set up by President Jonathan to conduct an audit on how the funds were disbursed by party members and state officials is mischievous, false and embarrassing.”

Read complete statement by Abati below….

The President has not set up any committee as alleged in that story. It is also not true that the Presidency and the Peoples Democratic Party used state funds, or spent N2 trillion during the campaigns. The innuendoes are wrong-headed; the motives behind the story are suspicious.

The story alleges, for example, that the Presidency spent N2trillion on elections and embarked on a money-sharing spree to party members, support groups and state officials. The authors of the story and their self-appointed megaphones further insinuate that public funds were deployed in this regard. Their allegation of a theft of public funds is extremely malicious.

With FAAC having to do everything possible every month to ensure disbursements and with the Federal Government heavily committed to the war against terror in the North East, where is the alleged N2 trillion from the Federal purse? President Jonathan and the People’s Democratic Party conducted the 2015 elections in strict accordance with the rule of law. The suggestion of any unlawful conduct cannot be sustained under any circumstances.

President Jonathan has done his best to protect and strengthen democracy and promote peace. He justly deserves all the accolades that he has received from both Nigerians and the international community for this. Certain persons and interest groups may not be happy that his profile has further risen and that his legacy is assured; but they do their country gross disservice when they act so unpatriotically.

Anyone who is engaged in imposing a crisis on the country by any means is not being fair to Nigeria. We can only appeal to the public to be wary of such reckless tactics now on display, which form the substance of an odd, malicious campaign after the elections.

We are particularly worried that since the March 28 and April 11 elections, some persons have continued to work very hard to diminish the Jonathan Presidency. They need to be reminded that the time for politics is over; it is now time to focus on the in-coming government, with emphasis on national development and moving the country forward.

‘We Are Preparing For War; Return To Your Africa Or We Will Kill You’ South Africans Write Nigerians, Others