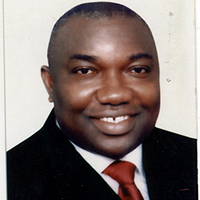 The governor-elect of Enugu State, Hon. Ifeanyi Ugwuanyi, has unveiled a four-point agenda for his administration.

Ugwuanyi revealed business master plan for the state, during his acceptance speech in Enugu on Tuesday. He listed the agenda to include employment generation, social services and good governance, rural development, security and social justice.

Erstwhile federal legislative member, Ugwuanyi said that the four-point agenda would run concurrently with that of the present administration of Gov Sullivan Chime.

He said: “ I renew the message of peace, hope and development of our dear state and the principles of seamless continuity and consolidation.

“I reaffirm my commitment to seeing through the legacy of the present four-point agenda and once again commit to all our campaign promises in the 17 local government areas of the state.

“From the 17 local government areas, the people spoke eloquently with their votes and entrusted on me the responsibility of rendering selfless service to our dear state.

“I am deeply humbled by that mandate reposed in me and I hereby accept it with all sense of humility and gratitude.’’

The governor-elect commended the 22 political parties that endorsed him as governor and other stakeholders including former Senate President Ken Nnamani, former governors Jim Nwobodo, Okwesilieze Nwodo and Dr Chimaroke Nnamani.

He extended a hand of fellowship to fellow governorship to the other contestants and promised to work with them.

In his remarks, the state Chairman of the People’s Democratic Party (PDP), Chief Ikeje Asogwa, also thanked the people of the state and party faithful for their unalloyed support.

“As we move on politically, we want to move the state forward politically and economically. I want to promise that as much as possible, we will carry everyone along.

“I want to you to continue supporting the governor,’’ he said.

‘I Will Not Congratulate Wike, It’s Daylight Robbery’ Says Amaechi