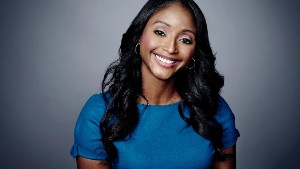 How can more than 200 Nigerian schoolgirls simply disappear? And how can the Nigerian government and the rest of the world have allowed this to happen?

Exactly 365 days have passed since the girls were snatched from their boarding school dormitories in the dead of night in Chibok, northeastern Nigeria. They are still missing.

For this we should all feel shame: shame that we live in a world where the lives of young girls can be shattered with impunity by fanatical thugs. Shame that when such horrendous acts occur, our collective attention span is so fleeting.

A year ago, I could never have imagined that we would be here today, marking the grim 12-month milestone of these girls going missing.

In the early days of their abduction much of the world stood as one, rallying around the hashtag #BringBackOurGirls.

On the ground in Nigeria as part of CNN’s team covering the story, I was buoyed by this global solidarity.

Caught in the blinding glare of global attention, and facing a tide of questions about their bungled response to the kidnappings, the Nigerian government felt the weight of accountability and was spurred to take greater action; offers of assistance from the likes of the US, UK, France, and China were accepted.

Promise after promise was made by Nigerian government officials that the girls would come home — so where are they, and where is the global outrage over these broken promises and broken dreams?

My heart goes out to the grief-stricken loved ones of these missing girls on this painful anniversary.

Poor and socially marginalized, all many of them have is their hope that their girls will one day return.

The task of keeping that hope alive has largely been taken up by the handful of #BringBackOurGirls campaigners in Nigeria.

These men and women have worked tirelessly to keep the story alive for the past year; their struggle has been a painful and increasingly lonely one.

But as the world’s gaze has shifted they have continued to meet the Nigerian government’s silence with cries of: “Bring Back Our Girls, now and alive!”

At this point, finding the girls will not be easy. But it can be done. It must be done.

These girls are no different from your daughters, sisters, nieces: each has hopes and dreams of their own.

But I also believe there is another reason these girls must be reunited with their families – in the words of Martin Luther King: “Injustice anywhere is a threat to justice everywhere. We are caught in an inescapable network of mutuality, tied in a single garment of destiny. Whatever affects one directly, affects us all indirectly.”

Our common humanity compels us to do our part, to right this shameful wrong.