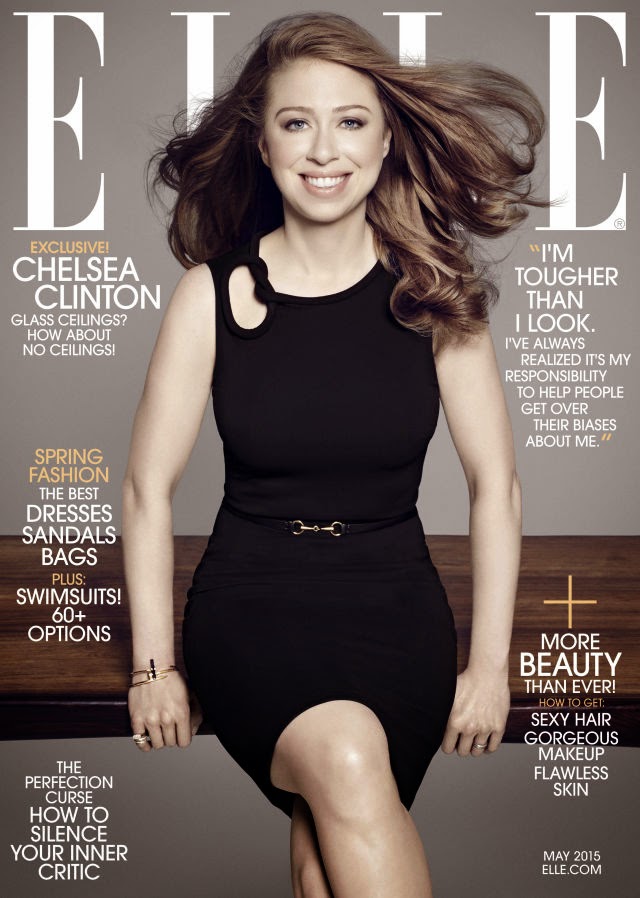 Elle’s May cover is Chelsea Clinton; the only child of former U.S. President Bill Clinton and former U.S. Secretary of State Hillary Clinton.

Six months after giving birth to her first child, the First Daughter, Chelsea Victoria Clinton looks gorgeous on the cover of the May issue of Elle magazine, where she opens up about motherhood and life with her daughter, Charlotte.

Stunning on the Elle cover in a sleeveless Gucci dress, Chelsea also spoke to the magazine about her mother Hillary, 67, ambition to runn for president in the 2016 U.S election.

Is All Well? Annie Idibia Writes On ‘What Keeps Her Going When Ever She Gets Discouraged’ (MUST READ)