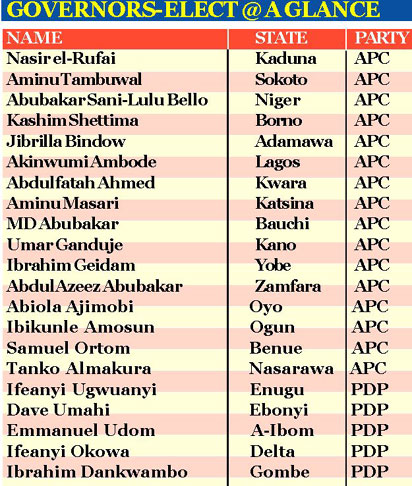 All Progressives Congress (APC), yesterday, swept into its kitty most of the 29 governorship seats contested at the weekend.

The huge victory has catapulted the party to the enviable position of the dominant party in Nigeria. Infographic made available by Vanguard Newspapers..

With the results announced at press time, the APC won in 19 states and was leading in Plateau and Kebbi states while the Peoples Democratic Party (PDP) won in Akwa Ibom, Ebonyi, Gombe and Enugu and was coasting home to victory in Rivers, Delta and Taraba.