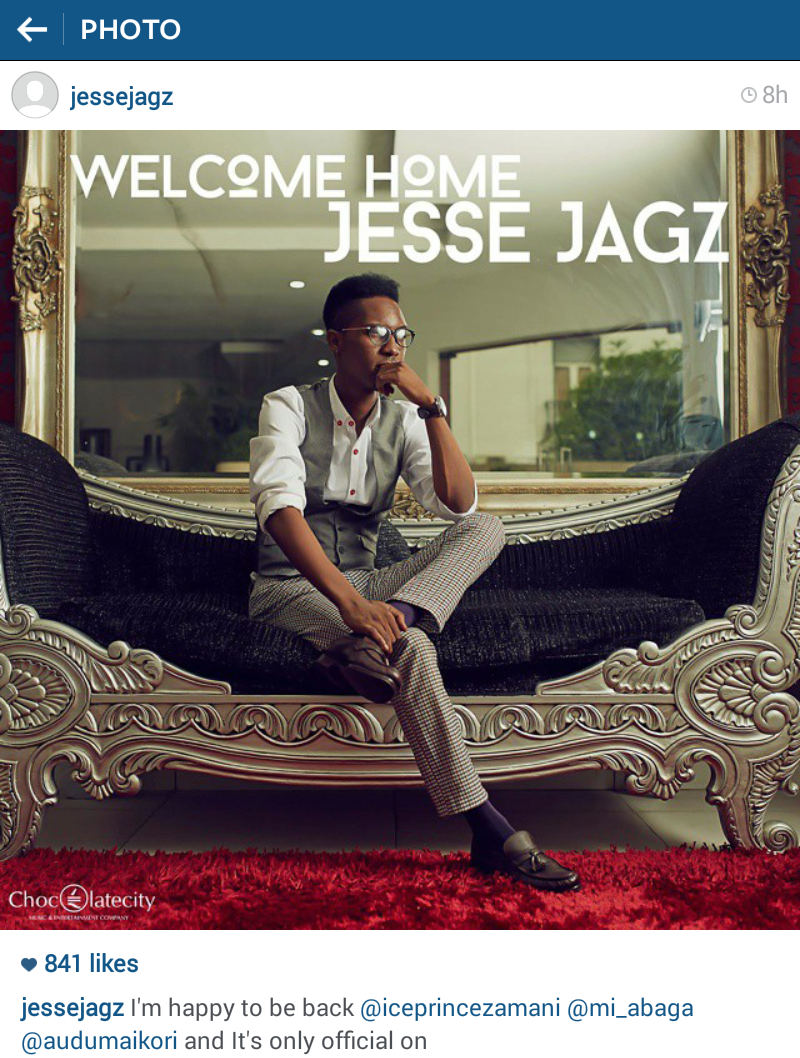 Rapper and Producer, Jesse Jagz has confirmed his return to Chocolate City by sharing pictures of himself, M.I Abaga, Audu Maikori and Loose Kaynon at a recent business meeting in Lagos.

Jesse had left the record label over disagreement with the management, Jesse’s brother, M.I. Abaga is currently the Vice President of the recording company.

Not too long after Jesse’s exit, he was rumoured to have left with Brymo, another singer with the label said to have been accepted into the music business by M.I was was mad at the way he left the label.

Not much is said of Brymo after his exit, it will be interesting to know what he feels in line with the return of Jesse to Chocity..