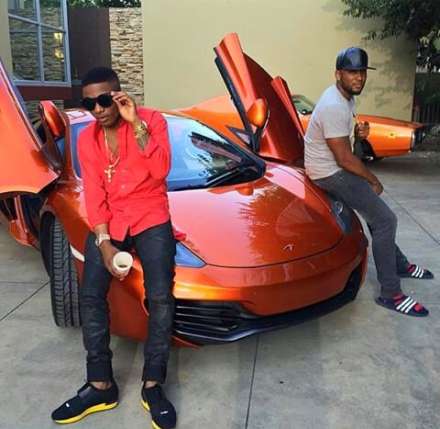 Wizkid has shot the video of a new unreleased single.

The video shot in Johannesburg, by his trusted filmmaker Sesan Ogunro, shows appears to be a pop visual with an expensive car pictured in one of the stills released by the star on Instagram.

Wizkid over the weekend performed a new single with Chris Brown in South Africa.

The elated Wizkid and his crew, which consists of his promoter, Seun Famodu, Sesan Ogunro and DJ Maphorisa, landed in Durban after shooting a music video in Johannesburg earlier on Saturday, April 4, 2015.

Filmmaker, Kunle Afolayan Blames The Igbos For Piracy Of Movies In Nigeria