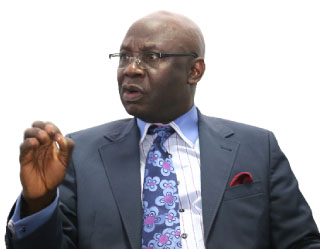 The General Overseer of the Latter Rain Assembly, Pastor Tunde Bakare, on Sunday in Lagos cautioned the President-elect, Muhammadu Buhari, against appointing persons with questionable character into his government.

Some of these people, the cleric said, were among those who facilitated Buhari’s success on March 28, according to Punch Newspaper reports..

Bakare, who was the running mate to Buhari in the 2011 Presidential election on the platform of the defunct Congress for Progressive Change, said this at the 26th anniversary of his church. He delivered a message titled, ‘Democracy audit: chances, choices and consequences.’

The 60 year-old pastor urged Buhari to start the fight against corruption from his circle and lay a good example, saying change cannot be achieved if these were not done.

He said, “I congratulate Nigerians; we have chosen a man of integrity as our President. But integrity is not enough to run a government.

“May the good Lord surround the President-elect with men and women of goodwill, great intellectual capacity, competence and character to help restore our wasted years.

“I mean every word of it because many of them are nothing but Ali Baba and 40 thieves. And if these are the same who would go into government, you can’t fight evil with evil. You can as well kiss the anti-corruption stance of Mr. President-elect goodbye.”

Bakare prayed for Buhari to have the needed wisdom and strength, noting that people were already submitting applications to him to serve in the incoming administration.

“You don’t know how many applications are in my phone. I am not the Vice-President; I am not looking for a job. They said ‘we know General Buhari listens to you; if I cannot get Minister of Works, maybe I will get Minister of Aviation’.

“The vultures are now going round and round. If he does not have quality people around him, then they will put round pegs in square holes and within two years, we are back to square one.”

President-elect Buhari Calls On Nigerians To Tone Down Hasty Expectations