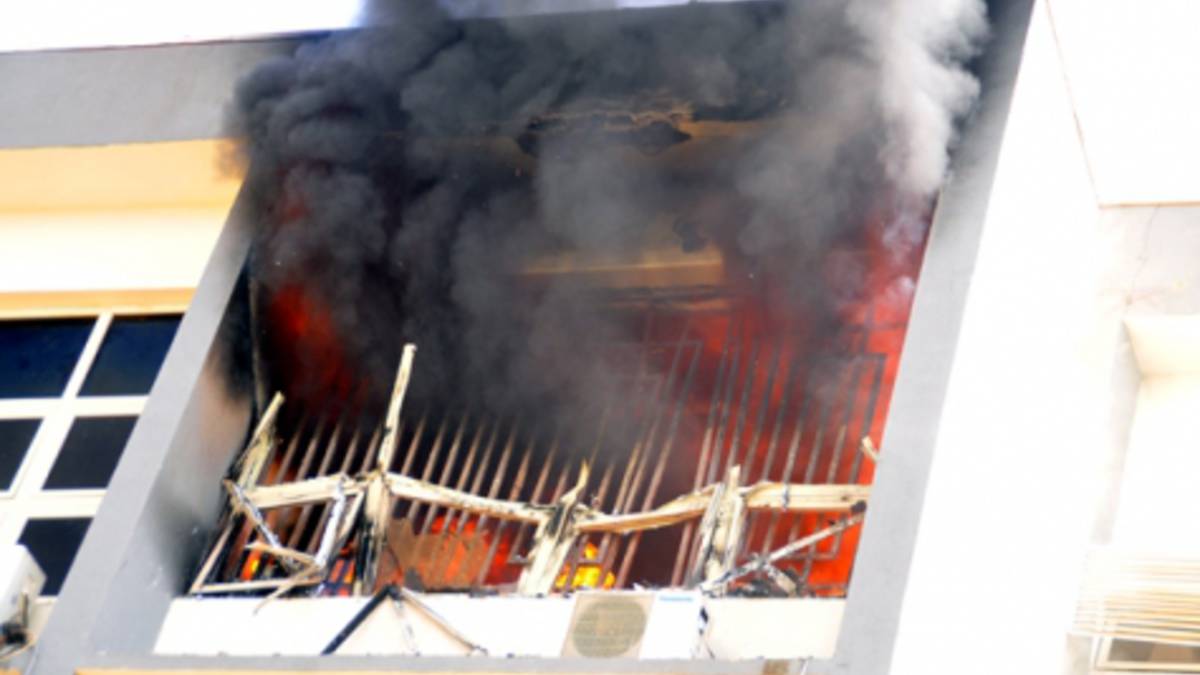 The INEC Resident Electoral Commissioner (REC) in Imo State, Gabriel Ada, confirmed the inferno. Mr. Ada quoted an eyewitness, saying the fire started at about 1:30AM burning the whole building down including all the sensitive and insensitive materials in the building.

It would appear that the fire was started by an electrical spark. This is because, Mr. Ada noted that according to some of the staff present during the incident, the fire was caused by generating set.

However, he said the fire did not affect all the card readers in the area as they were kept in a safe place before the incident.

He noted that the fire incident might cause a little set back in the area with regards to Saturday’s governorship and state assembly elections.

He, however, assured that the commission would ensure that everything is put in place in order to ensure elections hold in the area on Saturday.

The Imo State Police Public Relations Officer, Andrew Enwerem, said some arrests have been made concerning the incident and investigations are ongoing.

Mbaitoli Local Government Area is the home of the Deputy Governor of the State, Prince Eze Madumere, and is said to have the largest INEC wards in the state with 34 wards in the area.