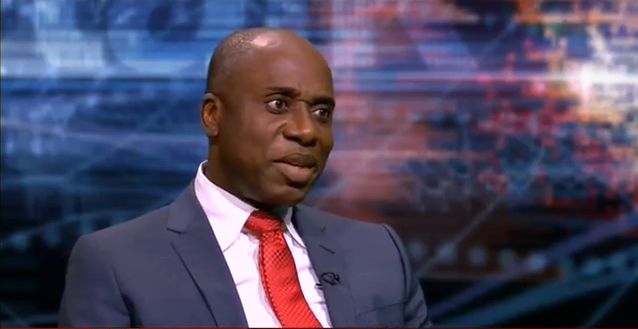 The Director General of the All Progressives Congress Presidential Campaign Organisation, Governor Rotimi Amaechi of Rivers state, on Tuesday said his party’s imminent victory at the Presidential elections means a lot to him and that the party would be magnanimous in victory.

Amaechi also said the incoming APC government would do all the things the Peoples Democratic Party government failed to do.

The only state left is Borno, which will be announced by 8pm, according to INEC chairman, Attahiru Jega.

Mr. Amaechi, who had a brief chat with journalists at the national secretariat of the APC on Tuesday in Abuja, said while victory celebration was in order, the task ahead is more important.

“After the result of each state has been announced it became clear to the nation that the APC has won the election and we will be magnanimous in victory because the challenges are much,” Mr. Amaechi said. “It is not only about celebration of victory, it is about seriousness of governance and we must show the different between us and the current government.

When asked to explain what the victory meant to him, Mr. Ameachi said it means “quitE a lot”.

He said as director general of the campaign, he is now confident telling his children that for the first time in the history of Nigeria, an opposition party was able to dislodge an incumbent government from power.

He said it was gladdening to have been part of a group that gave the people the courage to confront a sitting government and challenge it on what were being done wrongly.