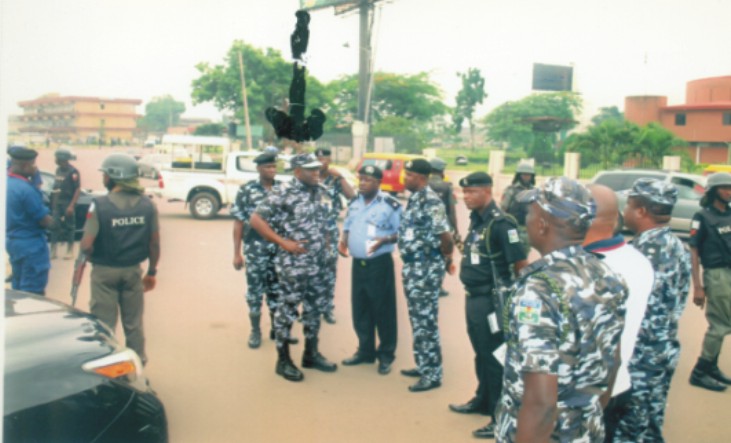 Five days to the commencement of the general elections, security agencies in Benin assured members of the public in Edo of their readiness to ensure safety of lives and property in the state.

NAN reports that personnel from the military, police, NSCDC and the DSS staged a combined operation tagged: “Show of Force” coordinated by the 4 Brigade of the Nigerian Army in Benin on Saturday.

The Brigade Public Relations Officer, Capt. Abubakar Abdullahi, said that the operation was carried out for three reasons.

“We want to use this operation to first assure the people of the state that their safety will be guaranteed before, during and after the elections.

“We also want to show members of the public that all security agencies are united in their determination to ensure free, fair and credible elections in the state.

“And lastly, to build confidence and encourage members of the public to come out on Saturday to vote for candidates of their choice,” he said.

The operational train, which commenced at the 4 Brigade Headquarters in GRA, went through some major streets within the Benin metropolis and some villages in Ovia North-East Local Government Areas of the state.

Abdullahi said, “We may likely repeat the exercise in Edo Central and Edo North senatorial districts before Saturday’ s election.”

Related Topics:2015 electionsSecurityEdo state
Up Next