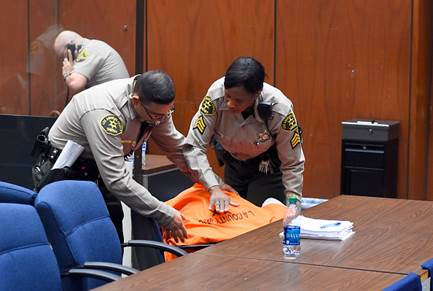 Suge Knight just got the worst news possible, a judge sided with the prosecutor in his murder case and set bail at $25 million, but not before his lawyer compared Suge’s plight to Lucious Lyon on “Empire.”

TMZ reports that the judge feels Suge is a danger to be out and about given his extensive record and specifically, incidents involving guns, violence and witness intimidation.

Attorney Matt Fletcher threw a Hail Mary, accusing the prosecutor of watching too much “Empire.”

Suge is in bad shape, claiming he’s going crazy in jail because he’s in solitary with no hot water, no blanket and only sporadic showers.