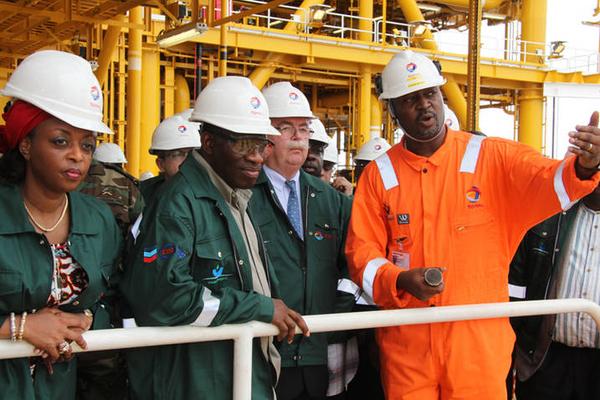 President Goodluck Jonathan may reshuffle his cabinet within the next week, a development that may consume some powerful Ministers according to Blue Print reports.

NewsWireNGR recalls that the senate cleared Ministerial nominees last week, paving way for appointments before the general elections and amongst those cleared is Musiliu Obanikoro, accused of hatching the Ekiti Polls.

Sources in the President say Senator Obanikoro is to be appointed Minister of Defence before the elections in a bid to perfect plans for the ruling Peoples Democratic Party’s operations during the polls.

President Jonathan is however likely to use the occasion of the swearing-in of new ministers recently cleared by the Senate, on his return to Abuja, to drop the bombshell.

Among cabinet members reportedly marked for replacement is the Minister of Petroleum Resources, Mrs Diezani Allison-Madueke.

Diezani was described as “more of a liability than an asset”.

It was gathered that the strategy is part of Jonathan’s “three-prong approach” to win more support as the campaign pulls into the home stretch.

The source said: “Two of the planks are already in full throttle; getting the anti-terror campaign to an irreversible point of victory and to throwing himself completely into the ground game.

Finally Someone Is Listening To The Hate Speeches, ICC To Investigate Patience Jonathan [Report]