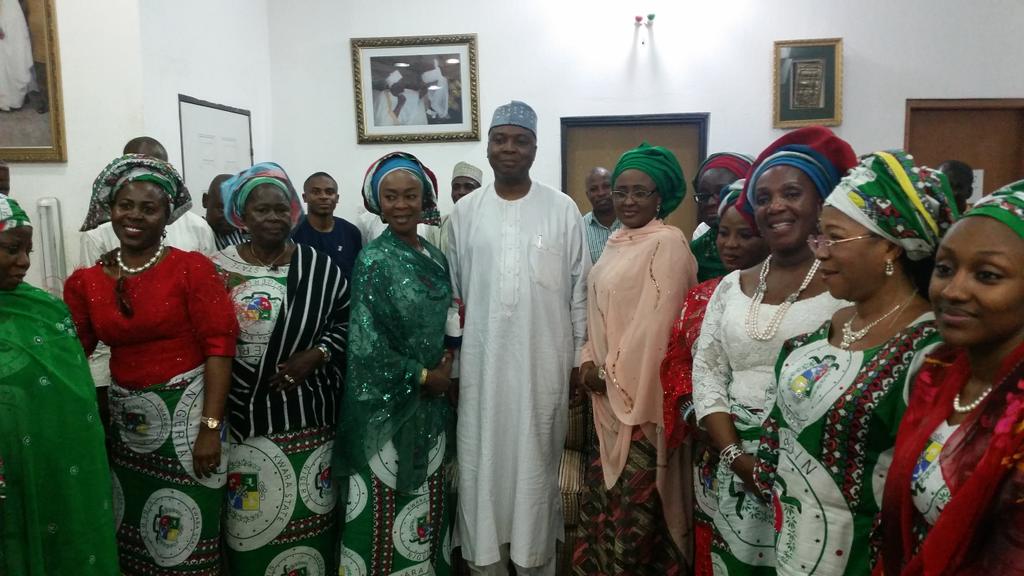 The Wife of the All Progressives Congress, APC, Presidential aspirants, Muhammadu Buhari is alleged by the Party to have been attacked when she visited Illorin yesterday, the Kwara State Capital.

The hoodlums vandalised about 10 vehicles during the attack.

In a statement issued by Ishola Balogun Fulani, Chairman, APC, Kwara State, the party condemns the attack on the convoy of Hajia Aishat Buhari, Wife of General Buhari.

The statement reads, “It will be recalled that the APC has repeatedly reported to the police and other security agencies about the plan by the PDP to cause violence and mayhem before, during and after the forthcoming general elections.”

Balogun’s statement continued, “A worrisome incident took place today,16th of March, 2015 during the visit of Hajia Aishat Buhari, wife of APC presidential candidate. Her convoy was attacked around a film house along Emir road, Ilorin. About 10 vehicles were vandalised.”

“It was reliably gathered that this plan was hatched and executed by Alh Yinka Aluko and his cohort.”

“We also have it on good authority that two of the PDP thugs have been apprehended by the Police.” he continued.

“We are using this medium again to call the Police and other security agencies to be alert and call PDP to order.” The statement concluded. But the Peoples Democratic Party PDP is yet to respond to the allegations by the Party..

Patience Jonathan Has A Question For Buhari, “What Did You Do For Women When You Had The Opportunity To Rule?”