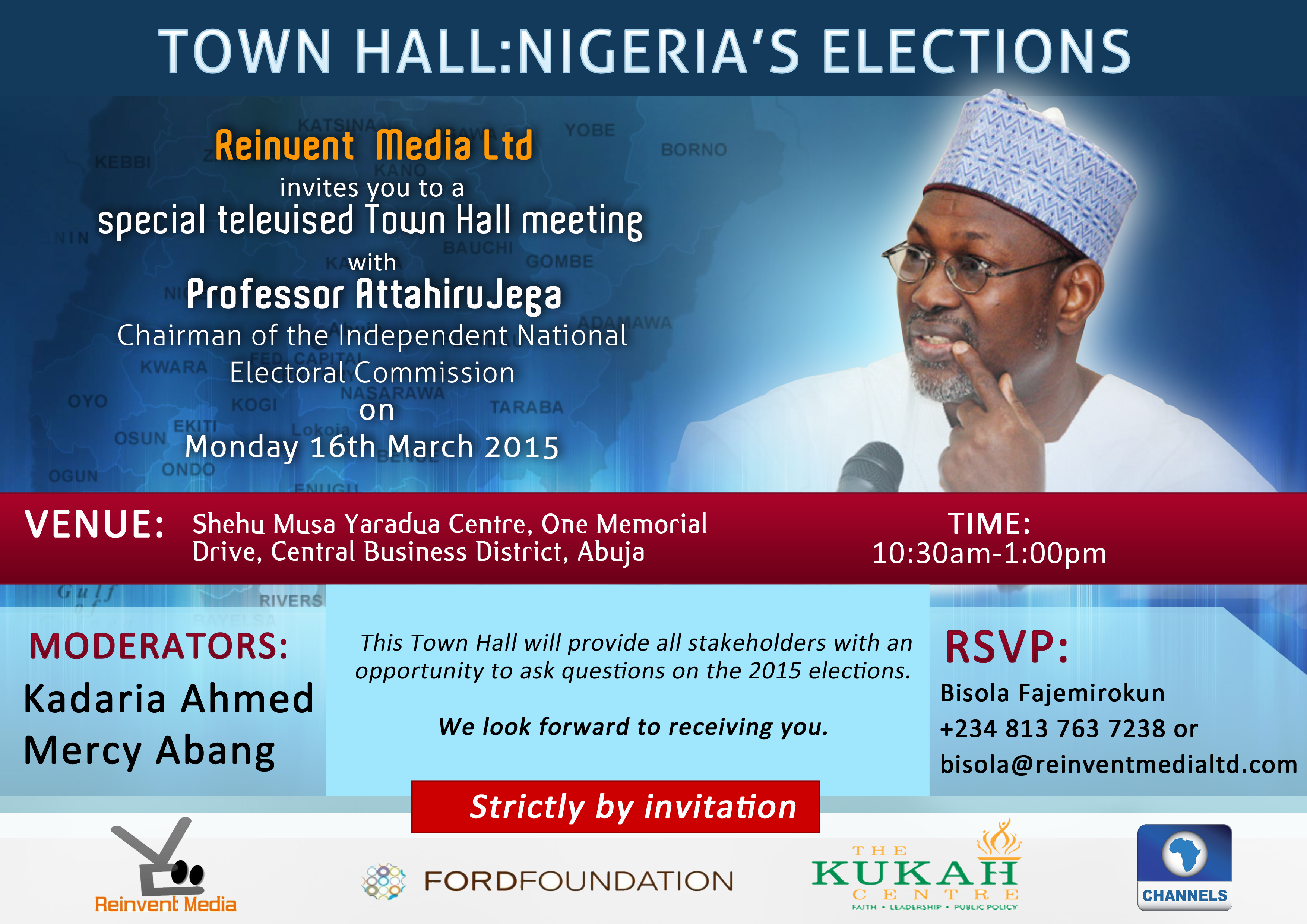 The Independent National Electoral Commission, INEC, is not holding back in its determination to ensure the conduct of a free and fair elections.

As a step ahead, INEC and its development partners are holding what it calls a townhall meeting at the Ya’adur Centre, Central Abuja, at 11:00am on Monday.

According to the Chief Press Secretary to INEC Chairman, Kayode Idowu, the meeting will afford all political parties including other Nigerians to ask questions on INEC’s preparedness for the 2015 general election.

INEC considers this meeting a very critical one as it is coming two weeks to the general elections.

The issue of distribution of Permanent Voter Cards, the preparedness of INEC, interest of the political parties and that of Nigerians will also be discussed.

While Channels Television is the official media partner of INEC in this event, the Forth Foundation is also partnering with the commission.

Related Topics:politicsINECNational Electoral Commission
Up Next