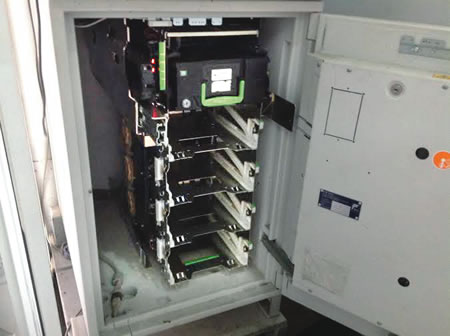 At the Buhari-meets-Nigerian-Entertainers program in Lagos on Thursday, Governor of Lagos State, Mr. Babatunde Fashola blamed a robbery that took place in Lekki which involved killing of three policemen on the visit of President Goodluck Jonathan to the State.

Three policemen and a fish seller were killed on Thursday by a gang of robbers who stormed the First City Monument Bank on Admiralty Way in Lekki, Lagos State.

It was learnt that the robbers, numbering 13 arrived the bank wearing military uniform and shooting sporadically for about 30 minutes.

Eyewitnesses claimed that the robbers, who were armed with Ak-47 guns gained entrance into the bank after overpowering the security men.