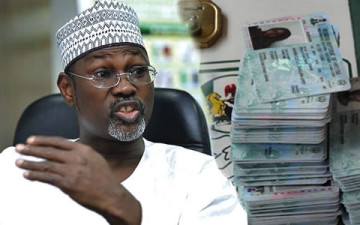 The Independent National Electoral Commission (INEC) in Gombe State, on Wednesday said that the commission was processing 10,667 Permanent Voter Cards (PVCs) for eligible voters in the state. The INEC Resident Electoral Commissioner, Alhaji Kassim Gaidam, made this known in an interview with NAN in Gombe.

Gaidam said that the figure was made up of reprinting 5,416 PVCs snatched from the commission’s staff in 2014 by hoodlums, unprinted 5,166 PVCs for 13 polling units and 85 PVCs transfer cases. On the reprinting of the snatched PVCs, Gaidam said those who snatched them would not use them because they would be invalid.

The INEC commissioner appealed to the affected people to bear with the commission, saying he had been assured by INEC headquarters that the cards would be delivered to the state before the elections. Gaidam further explained that the March 8 deadline for the distribution of the PVCs did not affect the owners of the 10,667 PVCs, pointing out that the date would be extended for them to collect their cards.

Gaidam added that about 2,700 smart card readers had been delivered to the state preparatory to the elections, saying “we have additional three reserve card readers for each ward in the state.” “The staff in our ICT unit are in the field in all the 11 local governments right now doing some tests on the card readers. “If any group, civil society organisations or women group want us to come and demonstrate to them the use of the card readers, they can come and invite us, we are ready to do that,” Gaidam said.

He said over 1.1 million PVCs, representing 94 per cent had been distributed in the state, and reminded those who were yet to collect their cards to do so before the deadline.