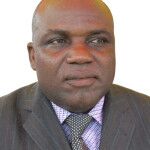 The late commissioner had on Tuesday, March 3rd, 2015, presented his ministry’s 2015 budget before the Benue State House of Assembly without any sign of illness. Upon returning to his office, he could not  stand from his chair. He was rushed to the Benue State University Teaching Hospital, Makurdi where he died in the early hours of Wednesday. He is believed to have died of stroke.

Late Hon. Chia was first appointed commissioner for Youths and Sports in 2011 and was later moved to the ministry of Rural Development and Cooperatives in 2013 where he stayed until his demise.

He was born on 27 October, 1968 at Tse-Chia, Mbaatirkyaa Ward in Buruku Local Government Area of Benue State.He attended St. John’s Primary School, Katsina-Ala from 1972 – 1977 where he obtained his First School Leaving Certificate. He had his secondary education at Government Secondary School, Dekina from 1977 – 1982 where he obtained his General Certificate of Education (GCE) O’ Level and School of Nursing, Mkar from 1983 – 1986 where he graduated with General Nursing Certificate.

Hon. Chia proceeded to work as a Nursing Officer II with Juladaco Specialist Hospital Katsina-Ala from 1986 – 1987; worked as Nursing Officer I with the NKST Health Services from 1987 – 1990. Later in 1993 he became the Director of Administration, Buruku Clinic, Buruku. He was a member of Peace and Security Committee Buruku Local Government Area from 1996 – 2006 and, from 1988 – 1991, he was a tutor at the School of Nursing, Mkar.

A tireless worker, Hon. Chia served as a Member of Save Our Souls (SOS) Yellow Fever Epidemic Monitoring Committee Oju and Member State Immunization for Killer Diseases in the State from 1986 – 1987.He also served as Chairman, Task Force on Environmental Sanitation, Buruku Local Government Area from 1988 – 1989 and was a Supervisor for the National Programme on Immunization (NPI) in 1998 – 2001.

Until his appointment as Commissioner, Mr. Chia was a member of the Project Advisory Committee, Buruku Women Against HIV. Hon. Aondowase Chia joined Politics in 1986 and was elected member, Benue State House of Assembly in 1992 under the platform of the Social Democratic Party (SDP), served on various committees and headed two of these including Chairman, House Committee on Health and Human Services, Chairman, Adhoc Committee on Commerce and Industries and member, Adhoc Committee on Local Government Crisis in the State.

He was also coordinator National Poverty Eradication Programme (NAPEP) from 2001 – 2003, Director, Benue Burnt Bricks Ltd Otukpo, 2004 – 2006 and was appointed Special Assistant to the Governor on Legislative Matters in April 2010.

A quite family man, Late Hon. Chia is survived by his wife  eight children.

Bed Rest Over, Muhammadu Buhari Heads Back From UK Friday