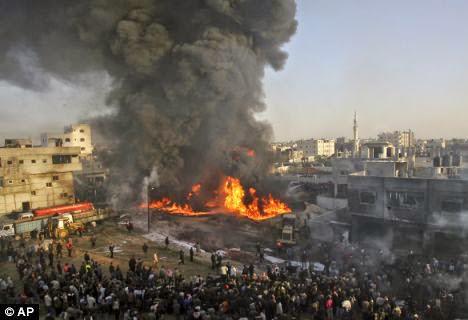 As the Ebonyi state House of assembly embark on the ouster of Nigeria’s oldest governor, Martins Elechi, hundreds of protesters have stormed the streets of the Ebonyi State capital, Abakaliki, against the planned impeachment of Governor Martin Elechi.

“No Shortcut To Government House” and “Impeachment Of Governor Will Not Stand”, reads the inscription written on the Placards carried by the women and youths .

Sources in the state tell NewsWireNGR that Nigeria’s Secretary to the Government of the Federation, Ayim Pius Ayim is behind the move to sack and disgrace the governor only weeks to the general elections.

15 lawmakers in the Ebonyi State House of Assembly moved to remove the incumbent Governor, Mr Martin Elechi, while nine other members of the House have alleged that their lives were being threatened for not supporting the motion.

It is not clear if the impeachment notice has been served on the Governor yet, but Mr Elechi is faced with an impeachment move by lawmakers on accusations of an 8-count charge including misappropriation of state funds, gross misconduct and embezzlement.

Governor Elechi has been at the helm of affairs for seven and a half years and has less than two months to his handing over ceremony. Only last wee, the state house of assembly was set ablaze by arsonists .. [photo of the complex seen above]

INEC To Disburse 200,000 PVCs To Registered Voters In Borno