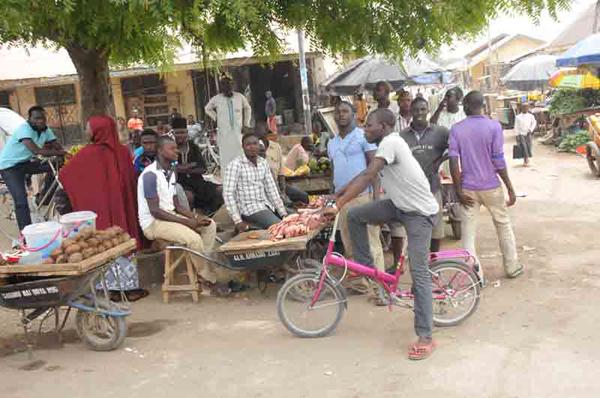 Mubi, a commercial town in Adamawa North Senatorial Districts in Adamawa state, Nigeria had been thrown into war when members of the sect, Boko Haram insurgents attacked leaving many displaced and others either killed or critically injured with their homes burnt.

Mubi town fell victim to a terrorist attack on 2 October 2012 when suspected members of Boko Haram entered the town at around 10pm and started to kill indiscriminately.The victims were mostly students from the three educational institutions (Federal Polytechnic Mubi, School Of Health Technology and Adamawa State University) based in the town.

The terrorists did not stop at the killings of innocent civilians, they attacked again in November 2014, renamed the town with major tribes of Fulanis from Digilto, Madinatul Islam, meaning city of Islam.

In February 2015, the Nigerian army took back control of Mubi from Boko Haram. Adamawa state governor Bala Ngilari said government forces had recaptured the town, a statement corroborated by the Military.

With a more combat ready military equipped to battle the terrorists, life returns to Mubi as residents ones occupying the Internally Displaced Camps return home after Nigeria troops recaptured Mubi from Boko Haram. Even the Emir of the community had fled but the picture shows the palace is back to its normal schedule receiving visitors.

Nigeria’s President Jonathan had to visit the towns earlier captured and Residents of Mubi can be seen returning home to their lively commercial town the insurgents occupied.