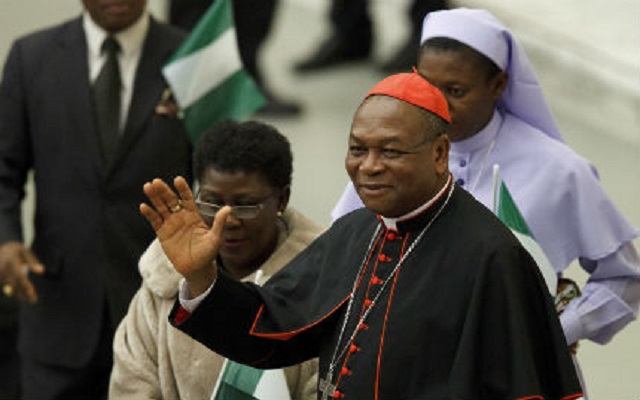 The Catholic Archbishop of Abuja, Cardinal John Onaiyekan, on Wednesday appealed to the Federal Government to create access to subsidise university education in the country.

Onaiyekan, who is also the Chancellor of the Veritas University, Abuja, made the appeal in Bwari while addressing participants at the university’s second and third convocation ceremony. He said that although the government licensed private universities, it should do more to support such level of education to form men and women of character and integrity.

“We raise our eyes up to our government to stretch out to us a much needed hand of fellowship and partnership. “It will be recalled that after years of hesitation, our government finally gave up its monopoly of university education, opening the way for private institutions.

“Although they all go under the general name of private universities, it is to be expected that each one would have its own peculiar vision and character.

“They therefore supplement government efforts not only in providing extra admission spaces, but also in giving Nigerians a variety of choices in university education. “We appeal to the government to give our university access to its facilities for subsidising tertiary university in Nigeria,’’ he said.

According to NAN, Onaiyekan said the university was established by the Catholic Bishops Conference of Nigeria in line with the church’s principles to pursue truth in all its forms.

US, Other Donors Support Safe School Initiative With $2 Million Dollars Each