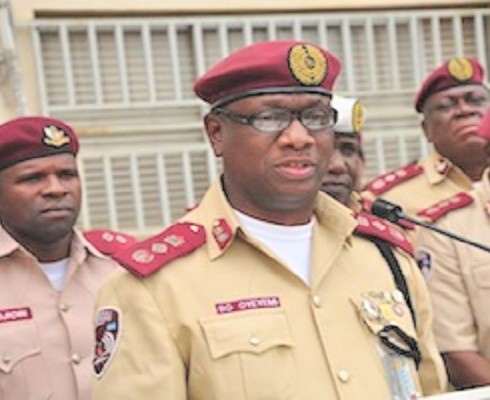 Oyeyemi stated this on Wednesday in an interview with reporters when he paid a courtesy visit on Governor Theodore Orji of Abia State at the Government House in Umuahia. He said the agency would abide by the court ruling which restrained it from enforcing the new number plate policy.

According to him, motorists who still had the old number plate would get the new ones when they go to renew their vehicle licences.

Oyeyemi said, “We will abide by the court ruling. It was a case of double taxation to be compelled to have the new one if your licence has not expired. It is a phase approach. If your driving licence expires, you go and renew it. It is a 12-month cycle. There is no deadline again.

“That does not mean that if you carry a fake number plate or driving licence that you will not be prosecuted.” Opeyemi, however, that the agency is still keen on the June 1, 2015 deadline for the enforcement of the speed limit device, adding that by 2016, all imported vehicles in Nigeria must have speed limit device installed in them.