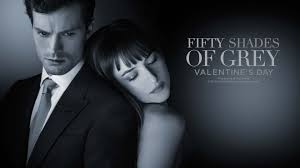 Nigerians won’t be seeing more of Mr Grey as the much talked about ‘Fifty Shades of Grey’ has been banned by the National Film and Video Censors Board (NFVCB).

‘Fifty Shades of Grey’ which showed in most major cinemas in Nigeria in it’s first week of release, has been removed from list of movies showing in Nigeria cinemas by NFVCB.

“Someone That Can’t Write Himself A Hit Song”? Wizkid Ayo Slams Skales On Twitter