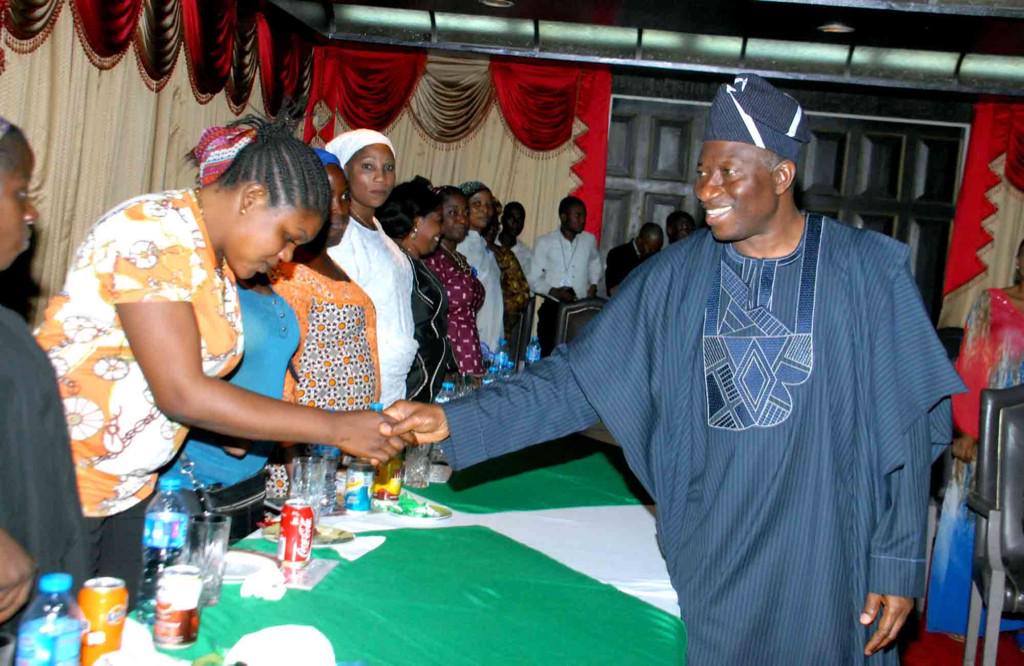 Market women in Lagos have assured President Goodluck Jonathan that he will not lose in Lagos, adding that the Peoples Democratic Party (PDP) will win the forthcoming general election.

The statements were made when leaders of market women groups, known as Iyalojas, in Lagos and environs, paid the president a solidarity visit at the state house, Marina, Lagos.

However, President Jonathan said, “Our victory at the polls will free all Lagos traders from oppression. You need to be free; we will remove Lagos from bondage,’’ he said.

He commended the women for supporting his re-election bid and urged them not to be intimidated by their opponents.

“Thank you for working hard for PDP; this is the final struggle and time for us to use all our strength to achieve victory. If we struggle and win Lagos state, everybody will do his business without being harassed or intimidated.”

Earlier, Aminat Hussein, leader of the women, told the president that they had stood behind PDP all through the years, but regrettably, they had suffered harassment under the Lagos state government.

She alleged that despite attempts by APC “to buy over many of the market women”, they would mobilise themselves in the state and in other states to ensure victory for the president.

“We are promising you that you will not lose in Lagos; this coming election is for Goodluck Ebele Jonathan and God is with you,’’ she said.