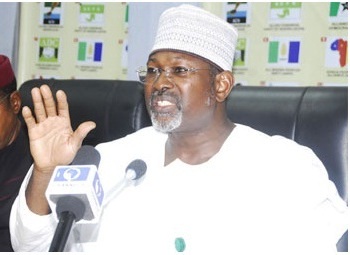 In the interest of full disclosure, let me say from the outset that this piece is nonpartisan. It is, instead, an apolitical academic exercise, primarily intended as a simple legal treatise, without being personal, on the legalities of tenure of Prof Attahiru Jega as INEC Chairman. Having said that, let me then give reasons why Jega’s tenure legally or actually comes to end on March 24, 2015, instead of the presumptive June 24, 2015.Jega was appointed by President Jonathan on June 8, 2010, and confirmed by the Senate on June 24, 2010. Under the law, his tenure runs for five years. Mathematically, therefore his tenure ‘exactly’ ends on June 24, 2015, counting from the date of Senate confirmation.But accordingly to extant rules and our time-honored conventions, his tenure ‘actually’ comes to an end on March 24 because he is required, without more, to compulsorily proceed on terminal leave three months to the mathematical end of his tenure. And this is being very generous because, if you go by the ‘doctrine of relation back’, a strong case can be made that his terminal leave shall commence on March 8 (the date he was appointed), instead of March 24 (the date he was confirmed).For those who might argue otherwise, there are legions of precedents, including, most notably, that of Jega’s predecessor, Prof Maurice Iwu. Iwu’s tenure was due to expire on June 13, 2010. However, on April 28, 2010, then acting President Jonathan, ordered Iwu to proceed on terminal leave. That Iwu’s own terminal leave was less than three months to his mathematical five years was probably a matter of expediency of that turbulent era and presidential grace, to boot.In recent times, we have seen other equally constitutionally-tenured public servants proceed on terminal leave before the exact date of expiration of their tenure. Here are few examples. Former IGP Abubakar’s tenure was due to end on July 30, 2014 but he proceeded or was sent on terminal leave on May 12, 2014. Former Chief Justice of the Federation, Justice Dahiru Musdapher voluntarily proceeded on terminal leave three months before the constitutional or mathematical end of his tenure. Ditto for former PCA, Justice Salami, even though his own was somewhat exceptional because he was on suspension when his terminal leave clock began to tick. I might add that Salami fought his for its exceptional equities but still lost. Jega has no such equities.To underscore that there are no exceptions, the Federal Government, in a well-received circular issued by the former Head of Service, Alhaji Isa Bello Sali, had “called on those affected to comply with immediate effect by observing the three months terminal leave as provided for in the extant Rules”. Unarguably, those affected included, without exceptions, all public servants that have constitutional or legal tenure, either based on fixed tenure-track, as in the case of Iwu, Jega, etc; or straight retirement based on 35 years service (the IGP) or age (Justice Musdapher).According to the circular, which is captioned ‘Three Months Pre-Retirement/Terminal Leave’, the government stated that “It has been observed that the mandatory notice of retirement for officers who are due to retire is not being observed as provided for in the extant rules. Accordingly, it has become necessary to reiterate the provisions of Public Service Rules (PSR) 100238 which states that officers are required to give three months notice of their retirement from service terminating on the effective date of their retirement”. For avoidance of doubt, the term retirement, in context, applies, mutatis mutandis, to those on fixed tenure like Jega.The circular was addressed and sent to the Chief of Staff to the President, Chief Justice of the Federation, all Ministers, Secretary to the Government of the Federation, Service Chiefs, the Inspector-General of Police, Chairman Federal Civil Service Commission, the Chairman, Economic and Financial Crimes Commission (EFCC), and the Chairman of Independent National Electoral Commission (INEC). Others are Heads of extra-ministerial departments, the Accountant-General of the Federation, Auditor-General of the Federation, Surveyor-General of the Federation, Directors-General/chief executives of parastatals and agencies.So, as we can see from above, it is left for Jega to decide between these two options: It is either he voluntarily proceeds on his terminal leave by March 24, 2015, or he may be forced to do so by executive fiat. If, however, he is emboldened to sit tight, he has to know that any extra day he spends in office beyond March 24 is not by any force of law but by the sheer good graces of President Jonathan.____________________________________

Related Topics:INECopinionProf. Attahiru Jega
Up Next