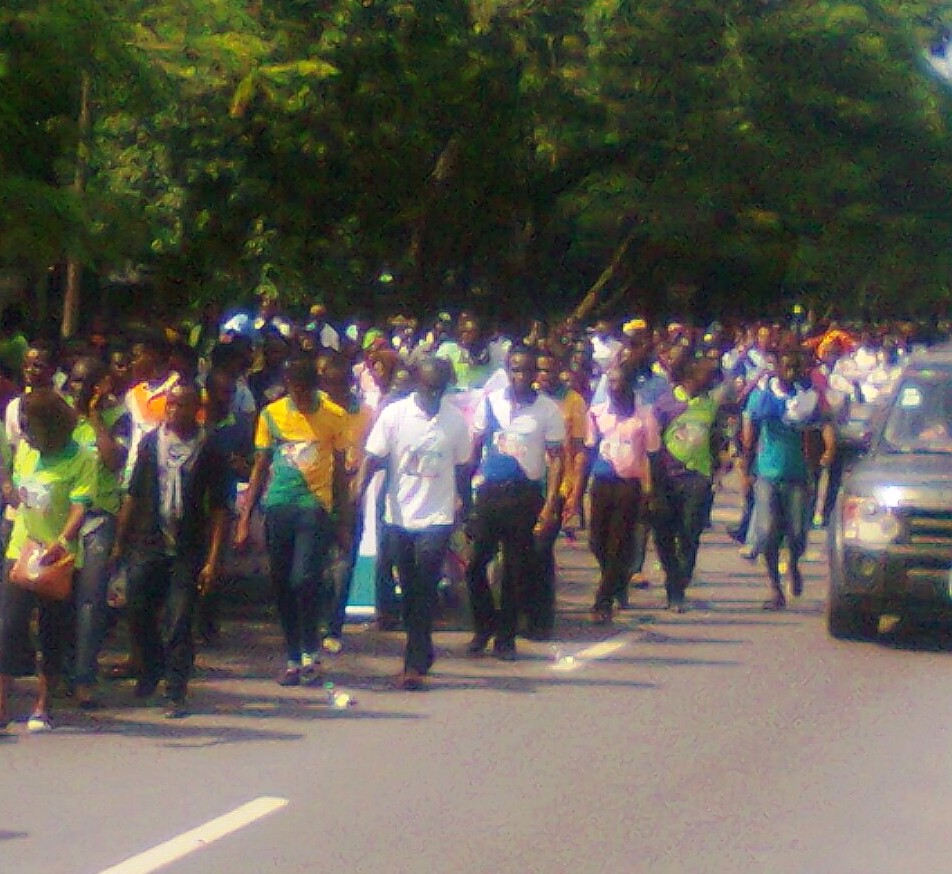 The All Progressives Congress in Cross River has disclosed plans to embark on a One- Million Youth March in the state to reiterate support for the party’s presidential candidate, Maj.Gen. Muhammadu Buhari (retd.), despite the poll shift.
The party condemned the postponement of the general elections earlier scheduled for February 14 and 28, saying it was obvious that the leadership of the PDP was afraid of impending defeat at the polls.Speaking on behalf of the party after a crucial meeting on Sunday, the state APC Youth Leader, Mr. Effiom Otu, said the youth wing of the party would organise a one-million youth march in solidarity with the APC presidential candidate and other APC candidates to garner support for the party ahead of the elections.Otu also said the youths had endorsed a door-to-door campaign for the party, adding that the objective was to educate and sensitise the electorate in order for them to be convinced.He said the campaign would ensure that all the 2,283 polling units in the state were aggressively covered in the exercise.Otu said, “We will organise a one-million youth march in the state capital soon in solidarity with our presidential candidate, Maj. Gen. Muhammadu Buhari (retd.) and other candidates to garner more support for the party ahead of the elections.“We (the youths) have endorsed a door-to-door campaign for the party in the state. The objective is to ensure that those who hold suspicious view about the person and capacity of the party candidates for the election are educated and sensitised to jettison their held conviction.”He castigated the Presidency for using insecurity as a reason for the polls shift, explaining that there was no strength in the argument advanced for the postponement.Otu said, “The Presidency was caught in another web of cajoling by feigning insecurity as the reason for the postponement because it could not convincingly pull through the issue of PVCs collection as initial reason for the shift.

Related Topics:APC Cross River
Up Next