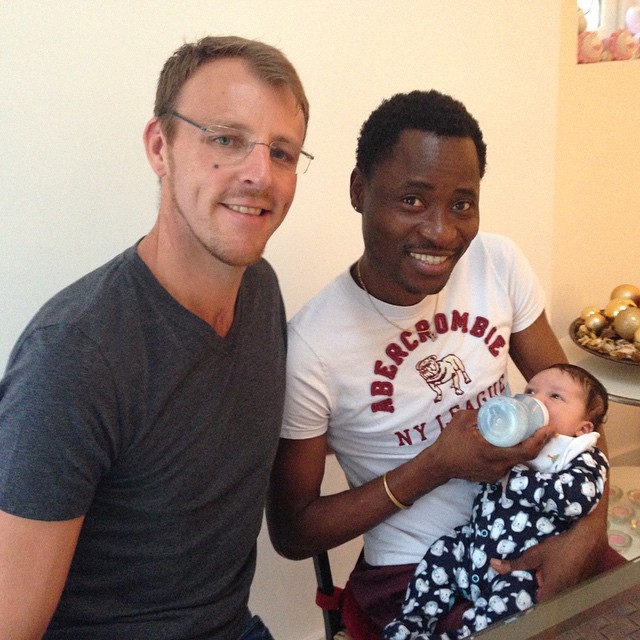 Nigerian blogs, NewsWireNGR not inclusive had reported last week that Nigerian gay activist, Bisi Alimi had welcomed a child with his boyfriend.

He has issued a laid back statement saying the baby is his nephew.

“Tt has come to our attention that there are pictures making round that bisi alimi (nigeria foremost gay rights advocate) is now a father.

The statement published on Bisi’s Instagram page reads,”I want to inform you that as bisi alimi publicist, no such thing has happened. bisi was visiting a new arrival to his family; his nephew on the weekend 31st january. I also want to make clear that bisi alimi though is in a relationship, he is not in anyway married. We hope this will clear the air about the rumour surrounding his paternity.”