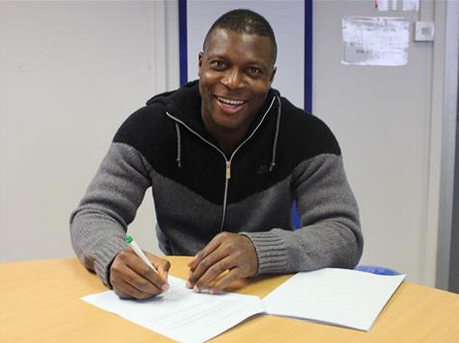 Nigerian footballer, Yakubu Aiyegbeni has signed a new short term deal with English club, Reading FC. Yakubu, until now played in Qatar. He will make his Reading debut at this weekend’s Championship clash at Wolves.

Aiyegbeni returns to English football after signing for Reading as a free agent, the Berkshire club becoming the sixth domestic team the 32-year-old will play for.

Having previously been at Portsmouth, Middlesbrough, Everton, Leicester City, and Blackburn Rovers on these shores, Yakubu’s last club was Al Rayyan in Qatar, with Reading now becoming the 12th of a peripatetic career.

A regular scorer wherever he has played, the Nigerian left Rovers in May 2012 for Guangzhou FC in Chinese football, having scored 17 times in 29 Premier League appearances, as the Lancashire club were relegated to the Championship.