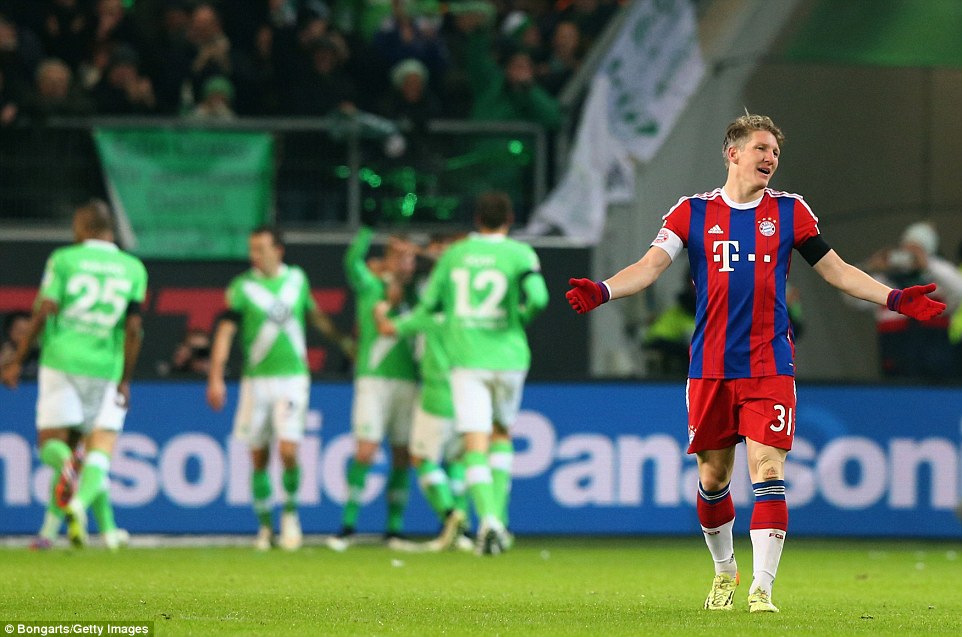 Bundesliga leaders, Bayern Munich were stunned, as second placed Wolfsburg defeated them by 4goals to one. A brace in each half by former Chelsea winger, Belgium’s Kevin De Bruyne and Dutch striker, Bast Dost condemned the Bavarians to their first loss in the Bundesliga, after 18 matches, this season. Despite, a late consolation by Munich defender, Bernat, Pep Guardiola’s charges, failed to stage an sign of a comeback and hence saw their 11 point lead, at the top of the table, cut to eight.