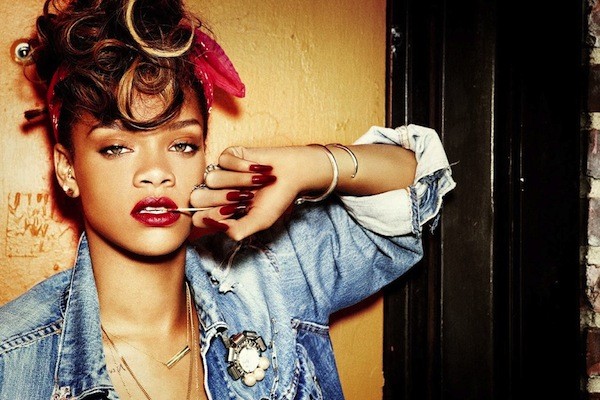 Rihanna won a lawsuit against British high-end clothing retailer, TopShop, for using her face on a sleeveless tank top without permission.

The picture used was from the Bajan beauty’s ‘We Found Love’ shot back in 2011 and Rihanna probably thought it worthwhile to pursue the case after she recently partnered with River Island, a close competitor to TopShop.

Rihanna’s legal team found an issue where the merchandise was being sold under the impression the ‘Stay’ singer had endorsed the goods, which is considered forgery and a judge sided with Rihanna and agreed this mishap could have easily damaged the mega star’s fashion image.

The new Creative Director for Puma will bring in a cool $5 million from the suit and will also have her legal fees paid for by TopShop….

Halima Abubakar On How Depression Almost Pushed Her To Death