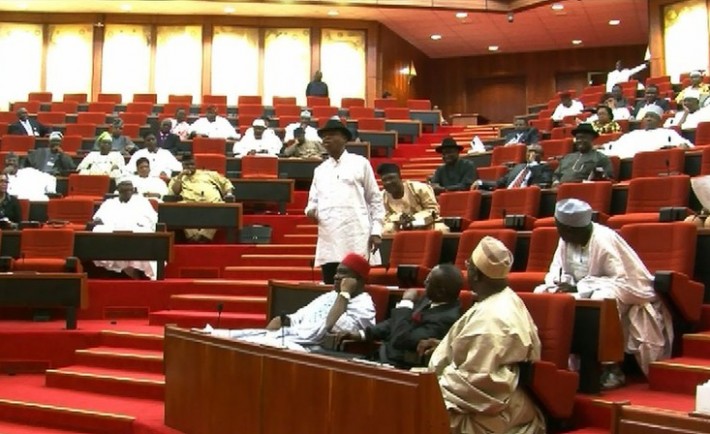 The Senate has distanced itself from calls to intervene in the plight of 16 Nigerians facing death penalty for drug trafficking in Indonesia, saying they must face the full brunt of the law.
In its Tuesday plenary, it also urged the Federal Government to wash its hands off any attempt to intervene in the matter, as the Senate had been fully briefed on the matter and the attendant consequences.
The Senate reached the resolution after a motion brought by Senator Mathew Nwagwu, who chairs the Senate Committee on Foreign Affairs, raised the matter concerning the plight of the Nigerians.
He had argued that the persons numbering 16, were languishing in Indonesian jails, and called for an intervention of the government to either reduce or review the cases against them.
He said, “I have called Minister of Foreign Affairs and he assured me that he will get in touch with our mission in Jakarta, although he was of the opinion that most of the issues related to drug related offences. I wish to suggest that we invite the Minister of Foreign Affairs to address the Senate on what is happening and what can be done to reduce and review some of these cases.”
But President of the Senate, David Mark, said there was little or nothing the government could do to save the convicts, since their actions were in complete violation of the laws of Indonesia.
While dismissing the motion, Mark said the prisoners had themselves to blame because they knew the consequences of trafficking in drugs, yet went ahead to commit the crimes.
“Unfortunately in the Sixth Senate we took up this matter and we sent a delegation to Indonesia. I think it was Uche Chukwumerije who raised the issue, to Indonesia, Singapore China and they brought a report back that all the people on death row were people who had gone for trafficking in drugs. And they had exhausted all the legal system possible,” he said.
Over 300 Nigerians are said to be serving various jail terms in Indonesian prisons for peddling hard drugs while 16 of them are on death row. Last week, two of such convicts were executed by Indonesian authorities. Nigerians decried the executions and the Minister of Foreign Affairs met with the Indonesian envoy to Nigeria, where an alternative Prisoner Transfer Agreement was proposed.
Meanwhile, The House of Representatives has joined fellow Nigerians to condemn the execution of two Nigerians in Indonesia. The House Committee on Diaspora Affairs on decried the execution of two Nigerians, over alleged drug offences.
The Chairman of the committee, Mrs. Abike Dabiri-Erewa, while condemning the executions, expressed concern that Indonesia ignored the pleas of the Federal Government and the National Assembly to spare the lives of the young Nigerians.
She noted that Indonesia cared less about the existing diplomatic relations between it and Nigeria by going ahead to execute the Nigerians in spite of all the entreaties the latter made.
Dabiri-Erewa called for more proactive actions by the federal government to stop further execution of Nigerians in that country.

“Muhammadu Buhari’s Statement Of Result Is A Forgery” – Jonathan Campaign